‘Carnivore’ sharks have a stomach for greens — study 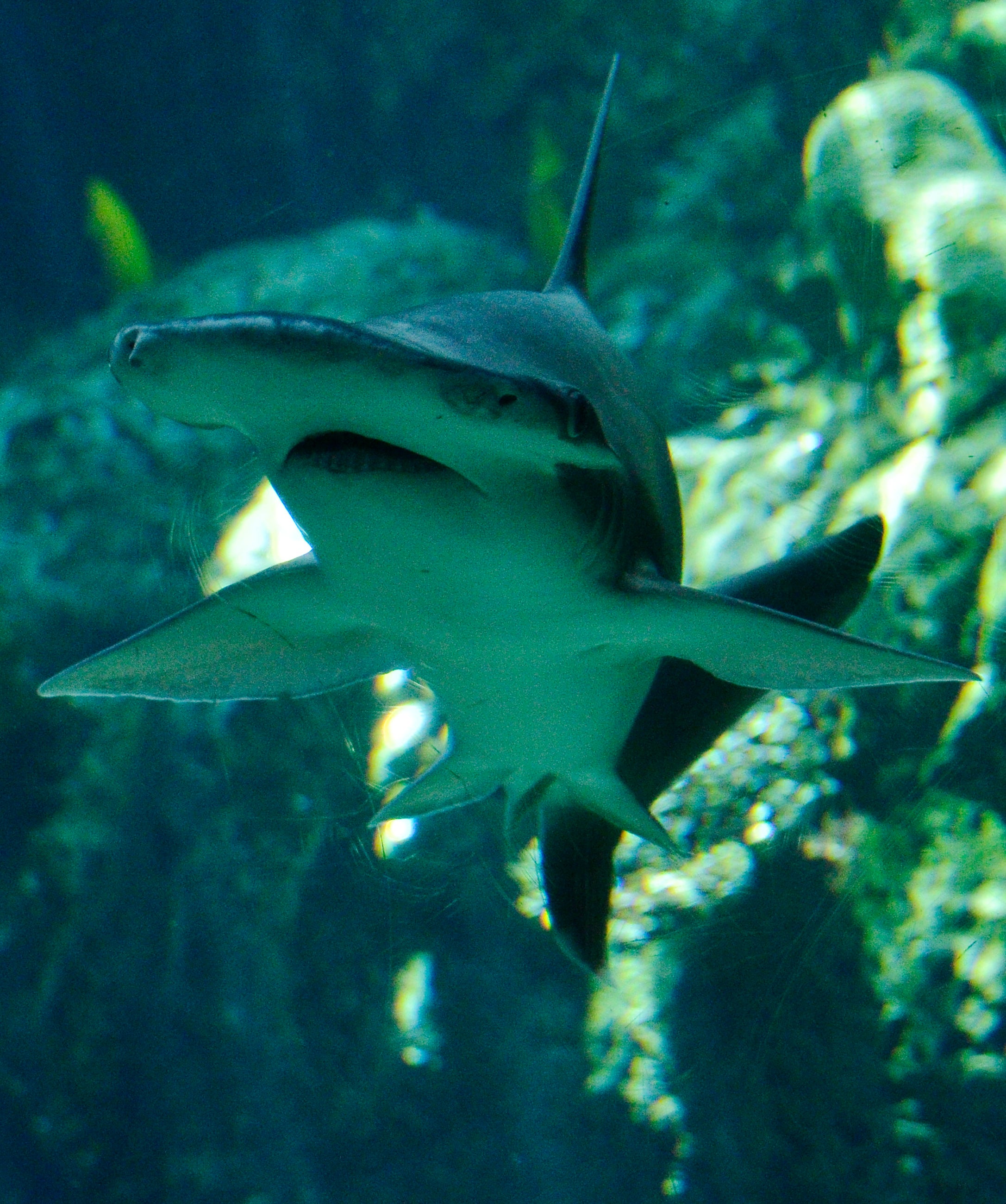 In this file photo taken on April 26, 2012 a bonnethead shark swims at the Aquarium of the Pacific in Long Beach, California.
The bonnethead shark, a small member of the hammerhead family, was long thought to be a strict carnivore that would occasionally ingest greens purely by accident. The bonnethead follows an omnivorous diet in which seagrass plays a key, nutritional role, a study showed on September 5, 2018. / AFP PHOTO / Joe KLAMAR

The bonnethead shark, a small member of the hammerhead family, was long thought to be a strict carnivore that would occasionally ingest greens purely by accident.

Not so, scientists said Wednesday. The bonnethead follows an omnivorous diet in which seagrass plays a key, nutritional role.

Although researchers have long known that Sphyrna tiburo eats copious quantities of seagrass, it was not believed to absorb any nutrients from it.

“Until now, most people thought that seagrass consumption was incidental when these sharks were hunting for crabs, etc. that live in the seagrass beds,” study co-author Samantha Leigh, an expert in ecology and evolutionary biology at the University of California, Irvine, told AFP.

Leigh and a team found, however, that seagrass can form up to 62 percent of the bonnethead diet, alongside their preferred meal of crustaceans and molluscs.

“Bonnethead sharks are not only consuming copious amount of seagrass but they are actually capable of digesting and assimilating seagrass nutrients, making them clear omnivores,” the researchers wrote in the journal Proceedings of the Royal Society B.

“This is the first species of shark ever to be shown to have an omnivorous digestive strategy.”

Over the course of three weeks, the team conducted a series of lab-based trials in which they fed bonnethead sharks a diet of 90 percent seagrass and 10 percent squid.

They then analyzed how much of the nutrients the animals digested, and how much they excreted.

Not all carnivores can digest plant material efficiently, but sharks fed the seagrass-heavy diet all gained weight, the team found.

The animals were found to be as good at digesting fiber and organic matter as young green sea turtles — a species that transforms from eating an omnivorous diet in youth to committed vegetarianism in adulthood.

Leigh described the results as “surprising”.

“Bonnetheads have a digestive system that is very similar to other closely-related species that are definitely strictly carnivorous, so the fact that they are acting like omnivores is truly remarkable!” she said.

Growing in salty and brackish waters, seagrass meadows are the most widespread coastal ecosystem on Earth.

They help filter water and absorb excess carbon dioxide from the atmosphere.

They also provide a home and nurseries for thousands of fish and invertebrates that make up the lion’s share of the bonnethead diet.

Although sharks lack a secondary jaw that many herbivores use to chew plants, they have highly acidic stomachs which may aid digestion, the researchers said.

With an estimated 4.9 million bonnethead sharks in US waters in the Gulf of Mexico and the Atlantic, the findings have implications for the management and conservation of seagrass meadows.

Understanding which plant matter sharks and other marine predators digest and excrete is critical in the formulation of effective conservation plans, the study authors said.

The creatures may play a previously underestimated role in nutrient redistribution.

“We need to re-evaluate (the sharks’) role in critical seagrass meadow habitats as omnivores as opposed to carnivores,” said Leigh.

With all the evidence pointing to a strict carnivorous diet for shark ancestors, the experts do not know when bonnetheads began eating plants.

But the findings suggest there “could be” other plant-eating sharks out there, said Leigh. /muf