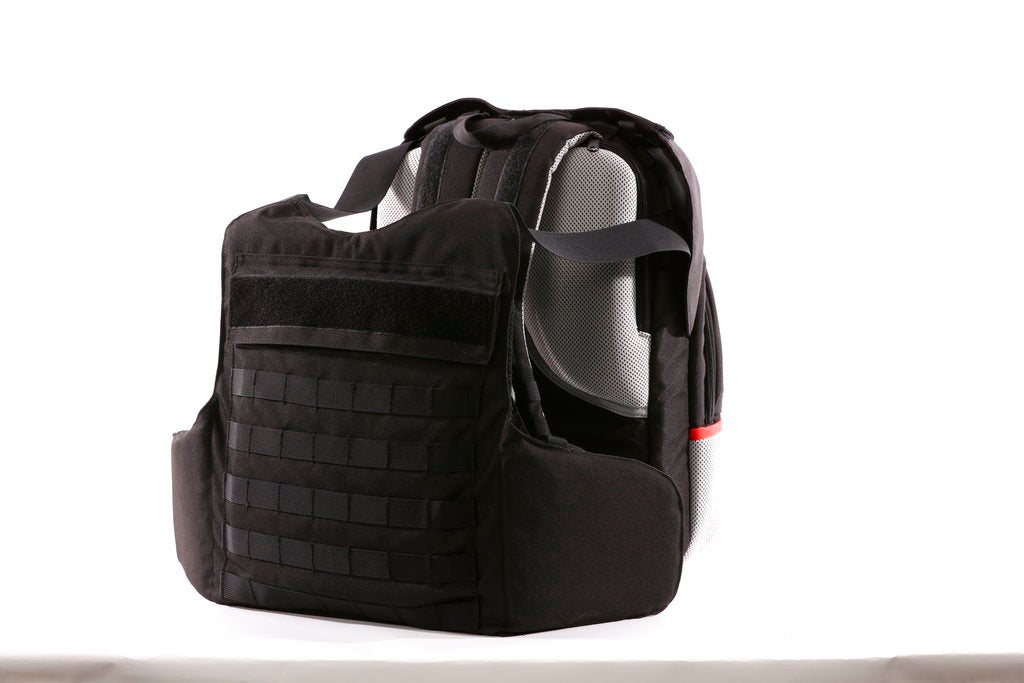 JULIS, Israel — An Israeli company says it has come up with a unique item to protect against the threat of school shootings — a bulletproof backpack that transforms into a bulletproof vest.

Masada-Armour says its backpack also deploys a protective vest in less than two seconds by flipping out an armored plate from a concealed compartment. The standard protection claims to stop handgun bullets while upgraded versions can block rifle fire.

Co-owner Yair Rosenberg says the product, with its front and back protection, was designed to provide schoolchildren defenses against mass-shooting attacks. He says “people are looking for solutions and this is very beneficial.”

He says in an era when schools have become war zones, his company has seen increased interest in the product.