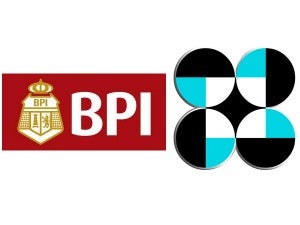 MANILA, Philippines—The next time you feel like committing a crime, think about what this group of senior information technology students from Baguio City has just developed.

The iSketch, developed by a team from Saint Louis University (SLU), is a new type of facial composite-illustration system that is much different and in all likelihood better than the Facefit technology that the Philippine National Police is using to produce images of suspects for public identification.

The work was declared “Best Project of the Year” in the 2012 Bank of the Philippine Islands-Department of Science and Technology (BPI-DOST) Science Awards, a yearly competition that recognizes and provides incentives to graduating students in select colleges or universities who excel in mathematics, physics, chemistry, engineering, computer science and biology.

“Unlike the very limited number of Facefits that are deployed in the Philippines, ours is web-based, meaning, any police station in the country with good Internet connection may be able to access our iSketch,’’ said Sarah Jane Calpo, 19, head of the team representing SLU.

Calpo said “the police in charge could now immediately begin using our facial composite-illustration system and come up with a better image of the wanted suspect.”

Calpo received a cash incentive of P50,000, a scholarship from the DOST’s Science Education Institute for a masteral or doctorate program and a trophy from the BPI Foundation.

“We haven’t talked yet about how we will divide the cash but perhaps a portion of it will go to the refinements that should be done to iSketch before we offer it to the PNP, hopefully by April,” Calpo said at the awarding ceremony at the 1851 Club’s executive lounge at the BPI head office in Makati City.

Among the features of the iSketch is its ability to add facial features that provide the witness more options as he or she describes the suspect’s face.

“Basic photo-editing features will be integrated to iSketch in order to make the creation of facial composites less complicated than the variation of Adobe Photoshop that Facefit employs,” Calpo said.

While the typical Facefit offers a database of more than 700 stored facial images, the iSketch will provide a much larger collection.

The fact that these can be altered makes the system much more flexible for the police collating the composite image, according to Calpo.

The entry of SLU’s team bested other projects, including the one presented by Chiliast Juan, an electrical engineering student at the University of the Philippines-Los Baños.

Juan’s entry is a version of the single wire earth-return system, a relatively cheap cabling method that could provide electricity to communities that are not or cannot be serviced by a local electricity provider.

With his entry awarded second place, Juan received P30,000 and a trophy.

Maxine Andrea Garcia, a life sciences student of Ateneo de Manila, placed third. Her entry is a research on difficult-to-identify biological aerosols that were detected for the first time in the stations of the Light Rail Transit (LRT) Line 1 and of the Metro Rail Transit (MRT 3).

These bioaerosols, which may contain fungi, bacteria, mycotoxins and viruses, may pose a significant health threat to a number of commuters and, thus, must be further investigated.

Apart from the cash incentives that the three finalists got, Calpo, Juan, Garcia and the rest of the 30 finalists chosen for this year’s BPI-DOST Science Awards each received a cash prize of P25,000 and a trophy.

“It is imperative that we continue with our effort in beefing up the Philippines’ pool of scientist and engineers who will bankroll the much-needed research and development our country needs,” Director Filma Brawner of the Science Education Institute said at the awarding ceremony.

She added that the BPI-DOST Best Project of the Year Awards was one of the ways to discover treasures among the country’s top young researchers and to provide them the opportunity to shine and show the world the intellectual prowess of young Filipinos.