Online harassment a problem for many US teens — survey 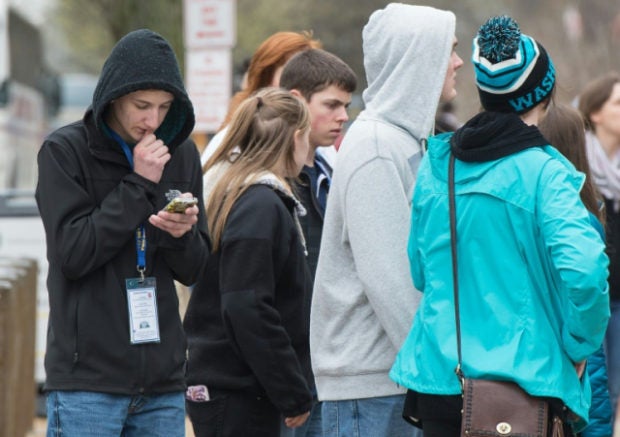 With many teens constantly on their smartphones, online harassment and bullying is seen as a major problem, according to a recent study. Image: AFP/Nicholas Kamm

A majority of US teenagers say they have been victims of online harassment or bullying, and that social media companies aren’t doing enough to fight the problem, a survey showed Thursday.

The Pew Research Center survey found that 59 percent of US teens reported being bullied or harassed online, and 63 percent said it was a major problem for people their age.

The most common type of harassment cited was name-calling, cited by 42 percent, while 32 percent said someone had spread false rumors about them on the internet and 16 percent said they had been the target of physical threats online.

Among teens surveyed, one in four said they had received unwanted explicit images, received queries about their whereabouts from people other than a parent or had explicit images of them shared without their consent.

“Name-calling and rumor-spreading have long been an unpleasant and challenging aspect of adolescent life. But the proliferation of smartphones and the rise of social media has transformed where, when and how bullying takes place,” said Monica Anderson, the lead researcher for the Pew report.

According to Pew, similar shares of boys and girls have been harassed online, but girls are more likely to be the targets of rumor-spreading or non-consensual explicit messages.

Most young harassment victims feel that teachers, social media firms and politicians are doing a poor or fair job in addressing the problem of cyberbullying — an issue which has drawn the attention of US First Lady Melania Trump and Britain’s Prince William.

One of the factors fueling online harassment is that many teens are on their phones or online so frequently. A previous Pew study showed 95 percent of US teens had a smartphone and nearly half were online “almost constantly.”

The latest report showed two-third of teens who say they are online almost constantly have been cyberbullied, compared with 53 percent of those who use the internet several times a day or less.

The researchers surveyed 743 teens between the ages of 13 and 17 and 1,058 parents between March 7 and April 10. The estimated margin of error is five percentage points for the teen group and 4.5 points for the parents. CC