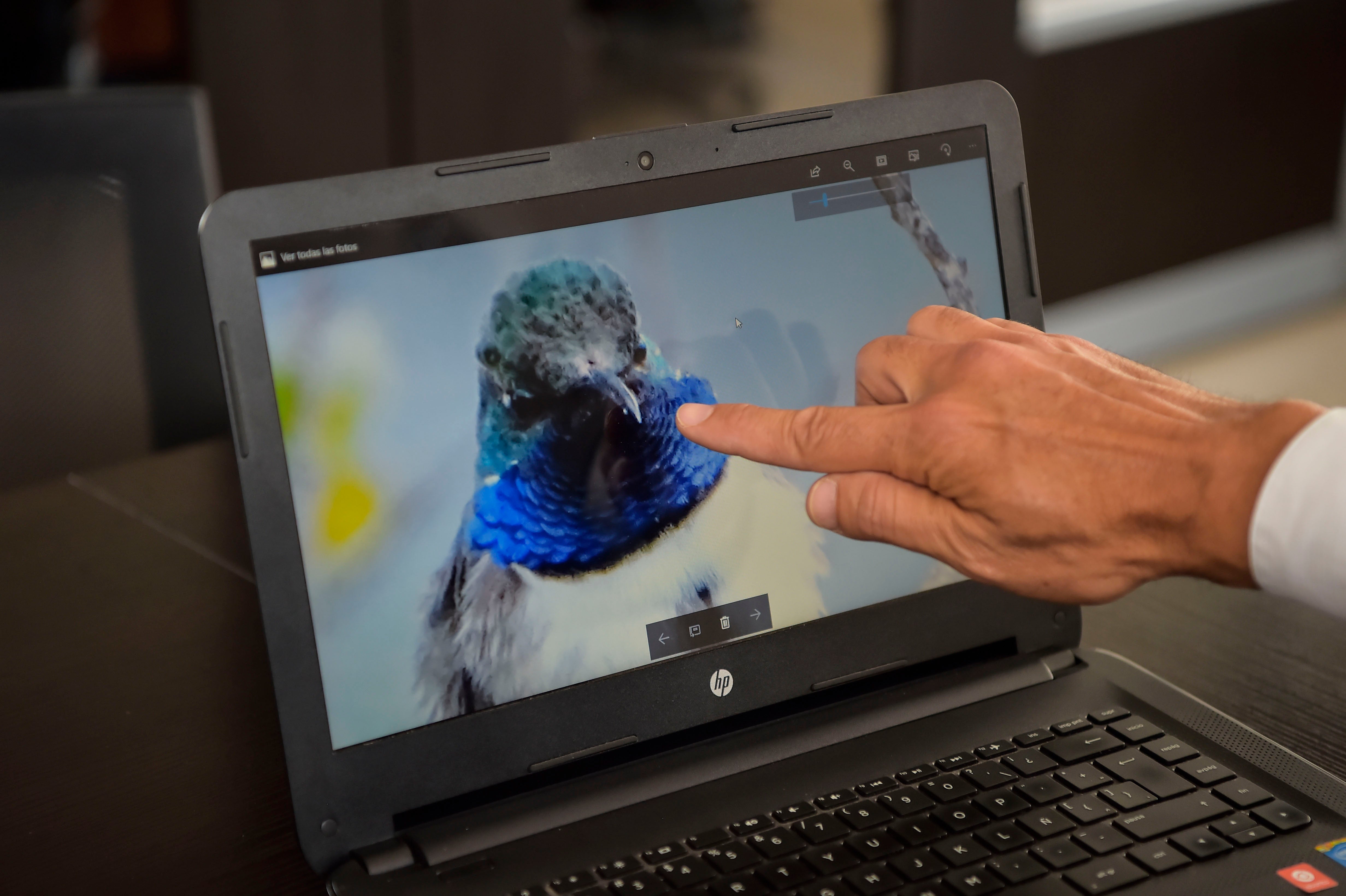 A team of ornithologists in Ecuador has identified a new species of hummingbird: a lovely blue-green creature that lives in a cold, barren highland area and is danger of extinction.

Team leader Francisco Sornoza saw one of the birds through binoculars a year ago and had a hunch that it was a previously unknown species.

The bird is about 11 cm (four inches) long and has a stunning, deep blue neck, a white breast with a black stripe and greenish-blue head and body feathers.

It has been given the name Oreotrochilus cyanolaemus, or blue-throated star. The discovery was announced Thursday in a journal called The Auk: Ornithological Advances.

Researchers estimate there are only 300 of these birds and say its habitat is shrinking dramatically. Mining in the area also threatens it.

“It is a species that is in severe danger,” Sornoza, who works at the National Biodiversity Institute, told AFP.

Ecuador is small but very rich in biodiversity. For instance, it is home to 132 species of hummingbird.

These birds are very well documented so the discovery of a new one is extremely rare. This is the first such find in 30 years, said Sornoza.

Also on the team with Sornoza were researchers Juan Freile of the Ecuadoran Committee of Ornithological Registries, Swede Jonas Nilsson of the bird observatory Wild Sumaco, Denmark’s Niels Krabbe from the University of Copenhagen and Elisa Bonaccorso, a Venezuelan who teaches at San Francisco University in Quito.

Hummingbirds are distinguished by their colors and the shape of their beak.

“Each one represents the colors of the jewels you can see in the world: diamond, ruby, amethyst,” said Sornoza, who has studied birds for 30 years and is so crazy about them he imitates bird song.

Hummingbirds are tough little creatures, he adds — their hearts beat 1,600 times per minute by day but that goes down to 200 at night to help them survive cold temperatures, said Sornoza.

The new species has a slightly curved beak that helps it get at the flowers of the chuquiragua, a plant that Ecuadoran highlanders use to brew tea.

It can eat up to two times its weight in nectar.  /muf