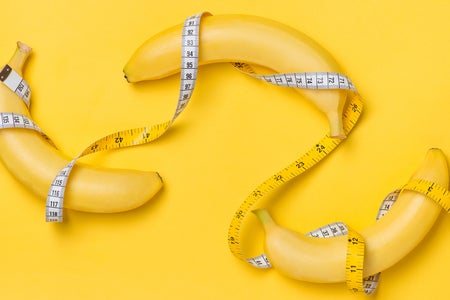 It seems the urban legend linking infertility to shorter penile length may have scientific grounds after all— a new research suggests that shorter appendages are more common to men who are infertile.

The study will be presented at the American Society for Reproductive Medicine conference in Colorado this week, as reported by The Telegraph last Sunday, Oct. 7. It is the first research to link infertility with shorter penile length.

Researchers analyzed the data of the 815 men who sought help from a men’s health clinic between 2014 and 2017 —219 respondents visited due to fertility issues while the remaining 596 sought help for other reproductive issues such as erectile dysfunction and testicular pain. The respondents’ erected penile length was also measured using the standard test called “Stretched Penile Length.”

The study found out that infertile men have a shorter average penile length as compared to those without reproductive issues, taking into account weight, race and age, the report stated. Fertile men in the research had an average length of 13.4 centimeters while men struggling with infertility were shorter by almost a centimeter at 12.5.

“One centimeter may not be a striking difference but there was a clear statistical significance,” the study’s main researcher Dr. Austen Slade from the University of Utah said in the report. “It remains to be determined if there are different penile length cut-offs that would predict more severe infertility.”

Despite the research’s findings, Slade assuaged the fears of men with shorter penises by saying that there are other possible reasons for shorter penile length.

“This is the first study to identify an association between shorter penile length and male infertility,” he stated in the report. “It’s possibly a manifestation of congenital or genetic factors that predispose one to infertility. For now, men with shorter penises don’t need to worry about their fertility.” Kate Matriano/JB

Mirror, mirror who’s the longest of them all?