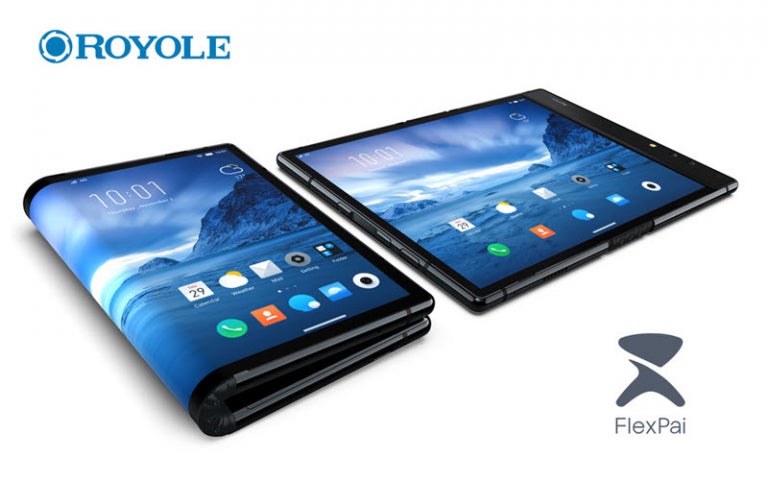 Royole beat Samsung and Huawei to the punch by releasing the first-ever commercially available smartphone-tablet hybrid on Nov. 1.

California-based start-up Royole may not be so little-known for much longer. The world has been on the edge of its seat waiting for Samsung or Huawei to unveil the world’s first foldable smartphone-tablet, but Royole has beaten to them to it by unveiling its own FlexPai.

Similar to what Samsung has been teasing about its model, this next-generation smartphone can be used either folded or unfolded, “giving it the portability of a smartphone plus the screen size of a high-definition tablet.”

Certainly, Samsung’s thunder has been stolen. Though Royole has a much smaller development team, the device has an impressive array of features to help it compete with mobile giants across the globe.

The 7.8-inch AMOLED screen supports split screens and multi-tasking; you can even drag and drop just like on your computer. The screen automatically adjusts the display size to adapt to your movie or video game.

When the FlexPai is folded, both screens on the front and back can work together or independently, depending on what you’re doing. The side edge where the hinge is can display notifications much like a typical smartphone notification bar, as well as manage calls, messages and “other notices that may disturb the primary and secondary screen usage.”

That hinge is sturdy. It can reportedly withstand 200,000 folds and even twists. The device can be folded at different angles, which the operating system, Royole’s own Water OS, will conform to.

The FlexPai uses Qualcomm Snapdragon 8 series SoC, which brings impressive and industry-leading AI to the device. The dual-camera setup is on par with other smartphone leaders with its 20-megapixel telephoto and 16-megapixel wide-angle lenses, as well as stereo speakers and a fingerprint ID, features that define smartphones nowadays.

Royole has made its mark with the world’s first commercially-available folding smartphone-tablet hybrid, a feat massive and established mobile phone manufacturers have been racing towards for years. Will the device be able to hold its ground when Samsung releases its own bendy mobile device at the Developers Conference next week? The race has officially begun.

The developer model of the FlexPai is available now for €1,388 (almost $1,600 or P84,000) on the Royole site. The consumer model is also available for the Chinese market now with order fulfillment from late December. JB

Apple lists price for iPhone XR repairs — and it hurts