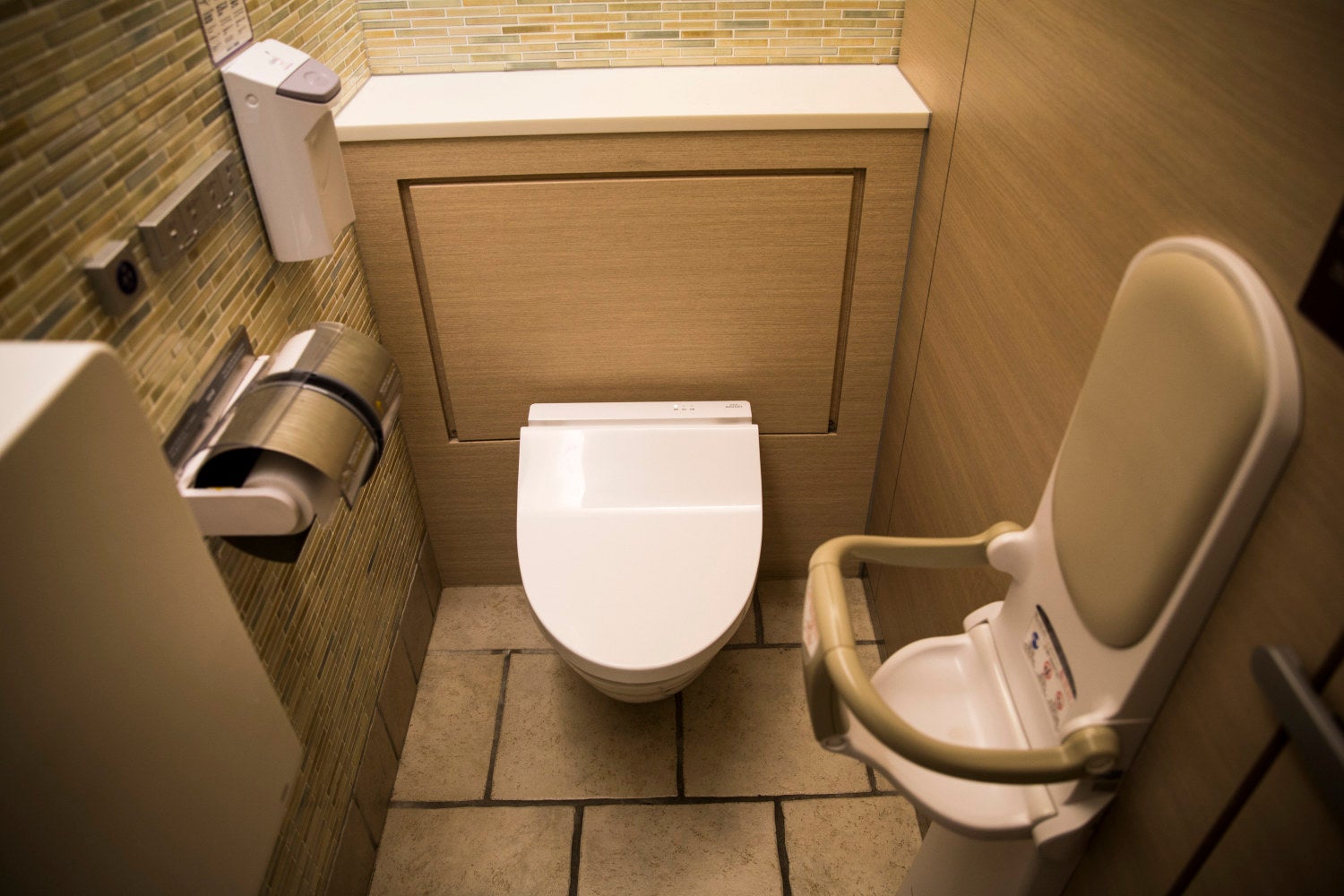 In this picture taken on September 4, 2017, an infant seat is seen next to a heated toilet at a public toilet in a shopping mall in Tokyo. AFP PHOTO

PARIS, France – A Paris hospital which made a public appeal for stool samples for a study on intestinal diseases said Friday it had suspended the project after being inundated by donors hoping for an easy 50 euros.

“We had to cancel the call for donors and halt the study because it had gotten out of control,” professor Harry Sokol, the gastroenterologist leading the study at the Saint-Antoine hospital, told AFP.

Originally donors were sought via posters at the hospital and at medical schools, offering compensation of 50 euros ($57) if accepted.

“Someone took a picture and it spread rapidly on the internet and social media, because the message had been altered: People thought it meant: Give us your stools, we’ll give you 50 euros,” Sokol said.

FEATURED STORIES
TECHNOLOGY
Google AR ‘Measure’ app turns Android phones into virtual measuring tapes
TECHNOLOGY
Look out, Mars: Here we come with a fleet of spacecraft
TECHNOLOGY
The music we listen to in our teens and 20s really does stay with us for life

The telephone hotline and email for potential donors was quickly overwhelmed, “and even after we cut off the number people were calling the hospital switchboard, some even showed up in person, and it’s still going on,” he said.

In fact the rigorous selection progress for the study, on a potential treatment for intestinal inflammation, involved a series of blood and stool tests as well as an extensive interview on a donor’s medical history.

Doctors worldwide are studying fecal transplants, which aim to treat a range of chronic gut diseases by introducing stool bacteria from a healthy person into affected patients to help replenish a normal bacterial balance.

Fecal transplantation — also known as bacteriotherapy — can help counter symptoms and infections caused by C. difficile colitis, harmful bacteria which can proliferate especially after antibiotic treatment kills off too many beneficial bacteria in the digestive tract.

“It’s a very serious, large-scale study, with a long waiting list of patients” hoping to participate, Sokol said, adding that many were “devastated” over the project’s suspension. /cbb