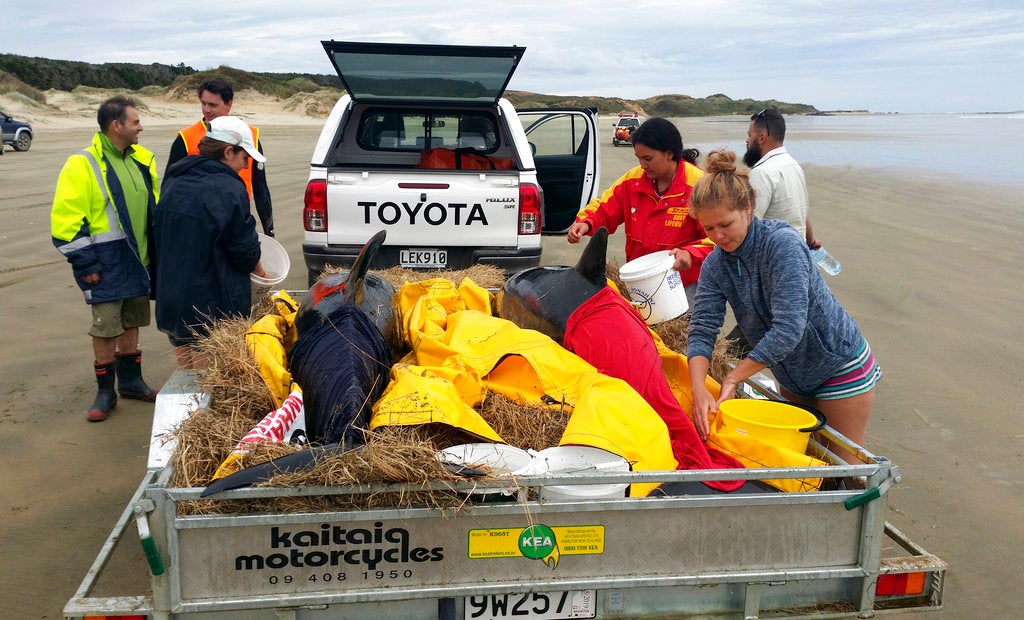 In this Monday, Nov. 26, 2018 photo, rescuers keep two pygmy killer whales wet after they were transported to Rarawa Beach from Ninety Mile Beach after they and eight others were stranded on Sunday, Nov. 25 in the far north of the North of New Zealand. Conservation workers and volunteers in New Zealand have managed to refloat six stranded whales Tuesday, Nov. 27. 2018 and are hoping they will soon swim away into deeper water. (Department of Conservation via AP)

On Monday evening, crews transported the remaining animals on hay-lined trailers to Rarawa Beach where the sea conditions were calmer. They refloated them on the high tide Tuesday.

Two of the whales beached themselves again and were euthanized.

Department of Conservation ranger Jamie Werner said the remaining whales were swimming about 400 meters (437 yards) from the shoreline and were being monitored.

Workers were hoping for a better outcome than from an unrelated stranding over the weekend in which all 145 pilot whales died.  /muf