Traveling to a foreign country? Google just named a language app as best app of 2018 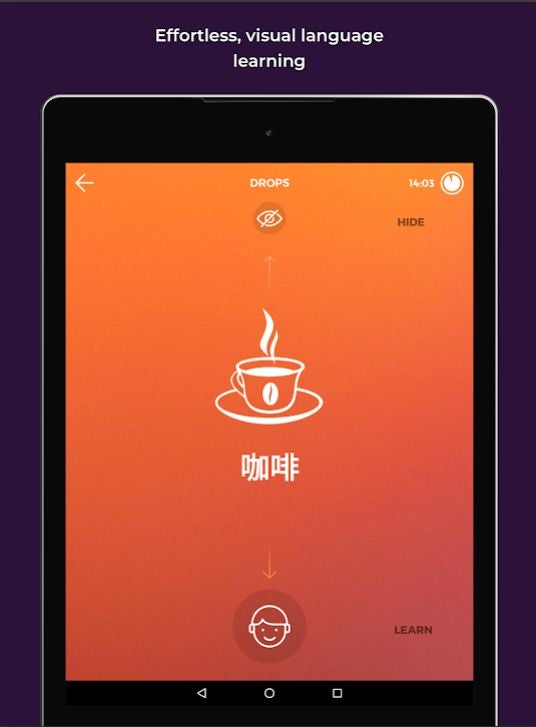 A language learning app that promises to teach users the basics in as little as five minutes a day has been named Google Play’s Best App of 2018.

Drops is a visual-based learning system that teaches vocabulary through illustrations and fast-paced micro-games.

For travelers headed to a foreign country, the app might come in handy, particularly in restaurants, hotels and for public transport.

Because Drops doesn’t prioritize grammar. That’s more for people who want to become fluent in a language. Instead, the basic level focuses on vocabulary, teaching 1,700 words in 99 topics.

Users can also choose between different dialects and accents, from Mandarin or Cantonese Chinese, Castilian Spanish or Latin-American Spanish, American or British English to European Portuguese or Brazilian Portuguese.