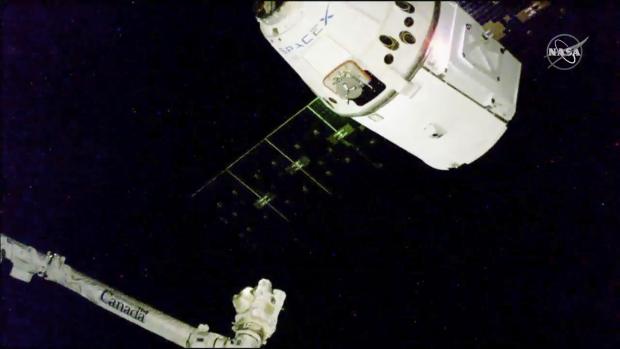 The Dragon capsule pulled up at the orbiting lab Saturday, three days after launching from Florida.

It took two tries to get the Dragon close enough to be captured by the space station’s robot arm.

NASA called off the Dragon’s first approach because of trouble with the communication network that serves the space station.

Equipment failure in New Mexico for NASA’s Tracking and Data Relay Satellite system resulted in a temporary loss of communication with the station. For safety, Mission Control ordered the Dragon to back up.

It was a successful take two — just an hour-and-a-half late — after NASA switched to another TDRS (T-driss) satellite.

The Dragon holds everything the station astronauts need for Christmas dinner. /atm