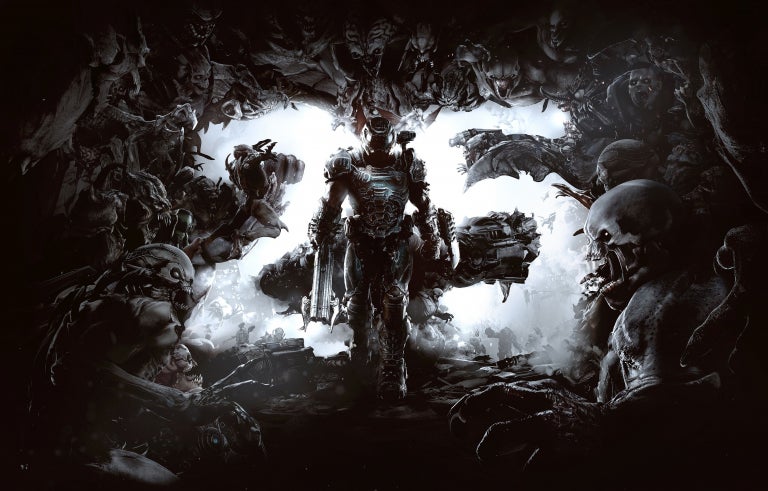 Foundational first-person action game “Doom” has turned 25, with publishing company Bethesda and original co-designer John Romero celebrating the milestone anniversary with a Year of Doom and a free level pack for the 1993 classic respectively.

First released on Dec. 10, 1993, “Doom” built on the advancements of World War II gauntlet run “Wolfenstein 3D” and ushered in a new era for the first-person shooter genre courtesy of a demon-slaying narrative and a heavy metal soundtrack.

For Bethesda, it’s an opportunity to look back at the franchise’s achievements, as well as look forward to the upcoming, undated release of “Doom Eternal”, follow-up to the hyperviolent hell-destroying juggernaut that was 2016’s reboot “Doom”.

The franchise’s official fan site, slayersclub.bethesda.net, has been set up to accommodate a Year of Doom for fans of the franchise, or just those looking to catch a freebie or two in exchange for their email address, promising an in-game Zombie Doom Slayer costume for “Doom Eternal” when it launches, as well as other rewards, events, contests and content to be detailed in the coming weeks.

Perhaps, then, we will see “Doom Eternal” arrive as the Year of Doom draws to a close in October 2019.

And, in addition to complimentary background images for phone and computer screens, there’s a range of 25th Anniversary t-shirts and mugs ($20, about P1,000) or a 25th Anniversary lithograph print ($50, about P2,600) from the Bethesda fan shop.

It’s due February 2019 and requires a purchased, registered version of “Doom” 1993 to work.

“I don’t think any of us knew that ‘Doom’ would have the impact that it has had. That people were asking me to make a full episode more than 23 years later? Genuinely, it’s an incredible honor,” Romero wrote alongside the “Sigil” reveal.

“Aside from the impact it had on what would become the FPS genre, I believe the most important legacy of ‘Doom’ is its community, the people who have kept it alive for 25 years through the creation of mods and tools.”

Romero used several community-devised tools to make the new “Doom” levels, and “Sigil” marks the latest and largest Romero-authored update since a pair of 2016 levels that revised and replaced equivalents from the 1993 game.

Despite its relatively advanced age in video game terms, the PC edition of “Doom” is still sold by major online retailers as a digital download, most commonly as collected edition “Ultimate Doom” and updated to work on contemporary Windows operating systems, as found on Steam, GOG, Humble and elsewhere. JB