Archaeologists working to excavate a 2,400-year-old shipwreck off Cyprus have gained insights into the evolution of ancient boat-building technology in the Mediterranean, authorities said Wednesday. 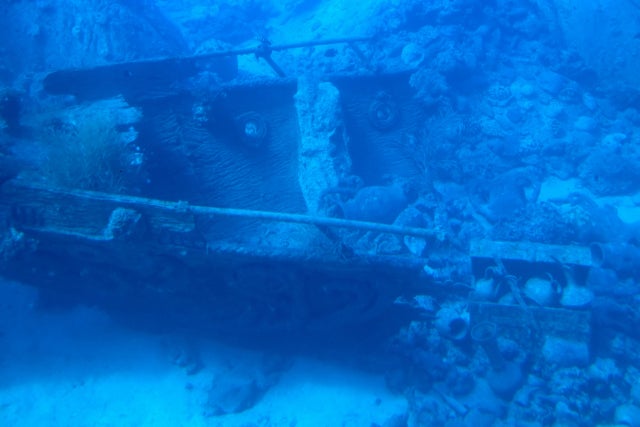 The ship which sank off Mazotos on the island’s south coast in the middle of the 4th century BC is thought to be one of the region’s best-preserved wrecks. Image: Manuel Velasco / IStock.com

The ship which sank off Mazotos on the island’s south coast in the middle of the 4th century BC is thought to be one of the region’s best-preserved wrecks.

“After careful study of the excavated timbers, a very important element of shipbuilding technology has already come to light: both ligatures and mortise-and-tenons were used to join the garboard, the stem post and the keel,” the Cyprus antiquities department said.

Evidence found on the ship, which went down carrying jars of wine, was linked to two prominent seafaring people, the Greeks and the Phoenicians, the department said in a statement.

“These two techniques found in the same ship add an important piece to the puzzle that is the history of classical shipbuilding in the eastern Mediterranean,” it said.

“This history has thus far been grounded on only two excavated shipwrecks: the Ma’agan Michael, Israel, dated late fifth century BC and the Kyrenia shipwreck, Cyprus, early third century BC.”

The Mazotos shipwreck, the statement added, “fits right between these two and covers a gap in the development of naval technology in antiquity.”

The antiquities department of transport ministry announced the successful completion of the seventh full excavation season at the shipwreck, where research began in 2007.

They said the objective this year had been to finish the excavation of the ship’s bow some 45 meters (150 feet) deep and two kilometers (1.2 miles) offshore.

The antiquities department said it “hopes a better-preserved part of the hull is a promising indication that more coherent evidence on shipbuilding technology will be found during the next field season”.

A total of 70 partly or fully preserved Chian amphorae were recovered, which took the number stowed under the foredeck of the ship’s hold to 99.

“Most of these amphorae were most probably carrying wine but at least one was full of olive pits, possibly for consumption by the crew,” said the antiquities department.

“Also, two fishing weights were found, which offer a glimpse of the life onboard for the mariners of this period,” it added. NVG