Snapchat has done it again. The multimedia messaging app proved inclusivity is its priority in its newly released filters for dogs.

Some of the available filters for one’s pooch to enjoy include a pepperoni pizza, a reindeer’s antlers, a blue butterfly that will perch on dogs’ noses and an assortment of eyeglasses to choose from. Since the lenses are specially made for canines, instead of a flower crown, dogs get to wear a crown made of dog treats.

The video does not just showcase the latest update on the app’s improving object recognition, it also features a special group of dogs. In what could probably be a bid to raise awareness about animal adoption, the dogs of Wags and Walks, an adoption center in Los Angeles, California starred in Snapchat’s latest announcement.

Snapchat’s Twitter account, meanwhile, retweeted photos of dogs who have had their paws on the latest update on Monday. Wearing the adorable reindeer antlers, the dogs look every bit ready for the holidays. 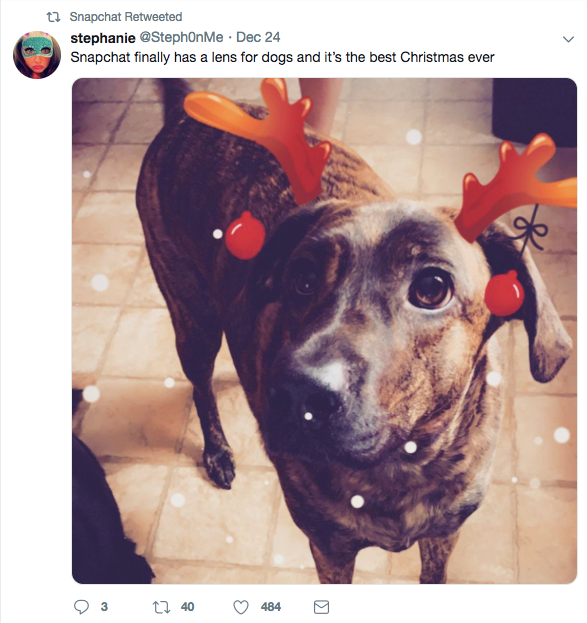 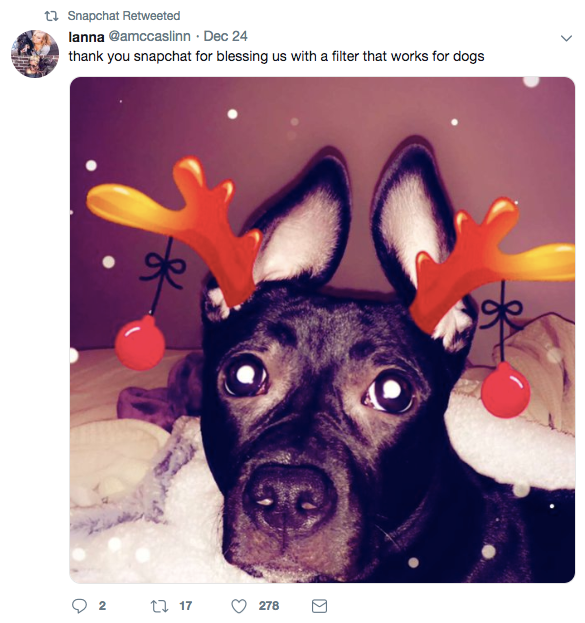 In October this year, Snapchat made filters for man’s feline friends. While the update was said to be specifically made for cats, some users found out that the lenses also work on other animals like hamsters. JB

Now your cat can wear a Snapchat flower crown, too