Is Samsung’s second smart speaker in the works? 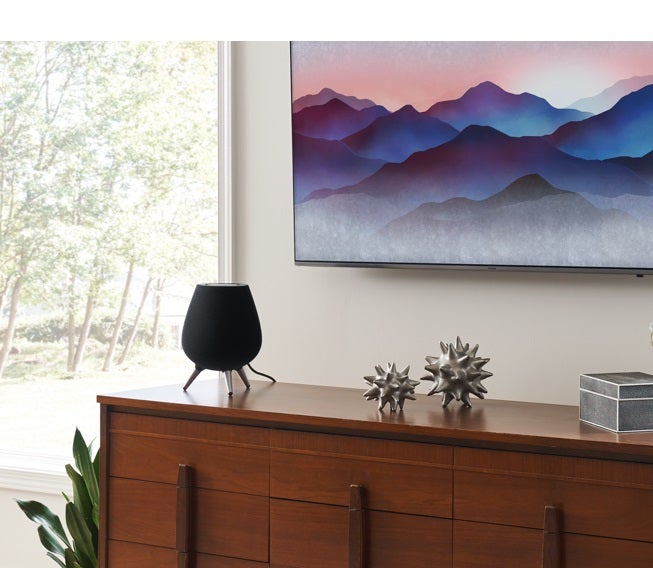 According to SamMobile’s anonymous source, Samsung is developing another Bixby-powered smart speaker with a friendlier price tag than the first.

Back in August at Samsung’s Unpacked event, the company revealed plans to release a smart speaker powered by Bixby, Samsung’s own intelligent voice assistant. Though the company is lagging far behind the likes of the Siri-backed Apple HomePod and the Alexa-enabled Amazon Echo lineup, it is on its way to releasing a second, more economically-friendly speaker, at least according to a discovery made by the website SamMobile before Samsung even releases its first smart Bixby speaker.

Last week, SamMobile, after having spoken with an anonymous source, published a report that indicated that Samsung is allegedly developing a mini Galaxy Home. In fact, the company is likely working on an entire smart speaker line, but apart from the first one that was publicly announced, the more budget-friendly model is the only other one that has been alluded to concretely, and the only other thing apparently known about it is that it will come in black. Considering that it will likely be smaller, it will probably have fewer microphones and no subwoofer.

Samsung made it clear at the event that its debut smart speaker, the Galaxy Home, has been designed to be a premium product. Though the price has not yet been revealed, the eight microphones, directional sound capabilities, and premium-looking finish suggest that its bill will be set in the same ballpark as the HomePod, which starts at $349 (over P18,000).

While neither have a scheduled release date, it is suspected that both may make appearances at CES 2019 next month. JB