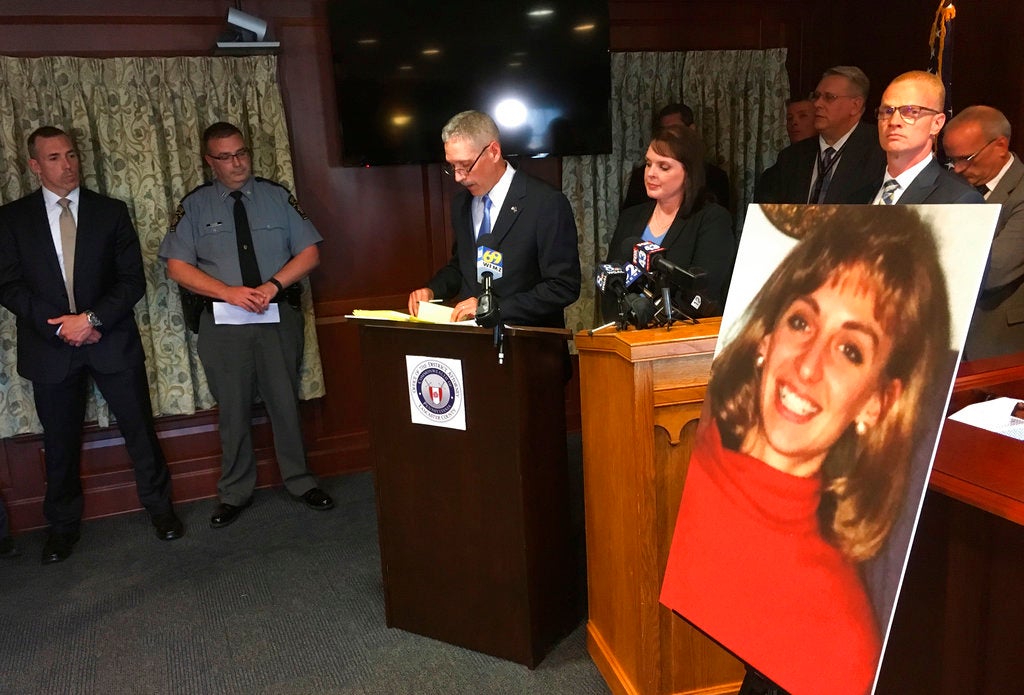 FILE – In this Monday, June 25, 2018 file photo, Lancaster County District Attorney Craig Stedman announces charges in a 1992 cold case killing during a news conference at the Lancaster County Courthouse in Lancaster, Pa. A family photo of the victim, Christy Mirack, is seen at right. A popular DJ in Pennsylvania has been charged in the 1992 killing of Mirack, an elementary school teacher who was sexually assaulted, beaten and strangled in her home as she was getting ready for work. (AP Photo/Mark Scolforo)

LANCASTER, Pa.  — A popular DJ pleaded guilty Tuesday to raping and strangling a schoolteacher in 1992 after being identified as a suspect as a result of DNA a relative had submitted to a genealogy database.

Raymond Charles Rowe apologized in court for killing 25-year-old elementary school teacher Christy Mirack at her apartment in Lancaster. He was sentenced to life without parole.

“I’m sorry, sir, to the family,” the 50-year-old Rowe, who performed under the name DJ Freez, said as he faced Mirack’s relatives. “I can’t imagine what you’re going through.” 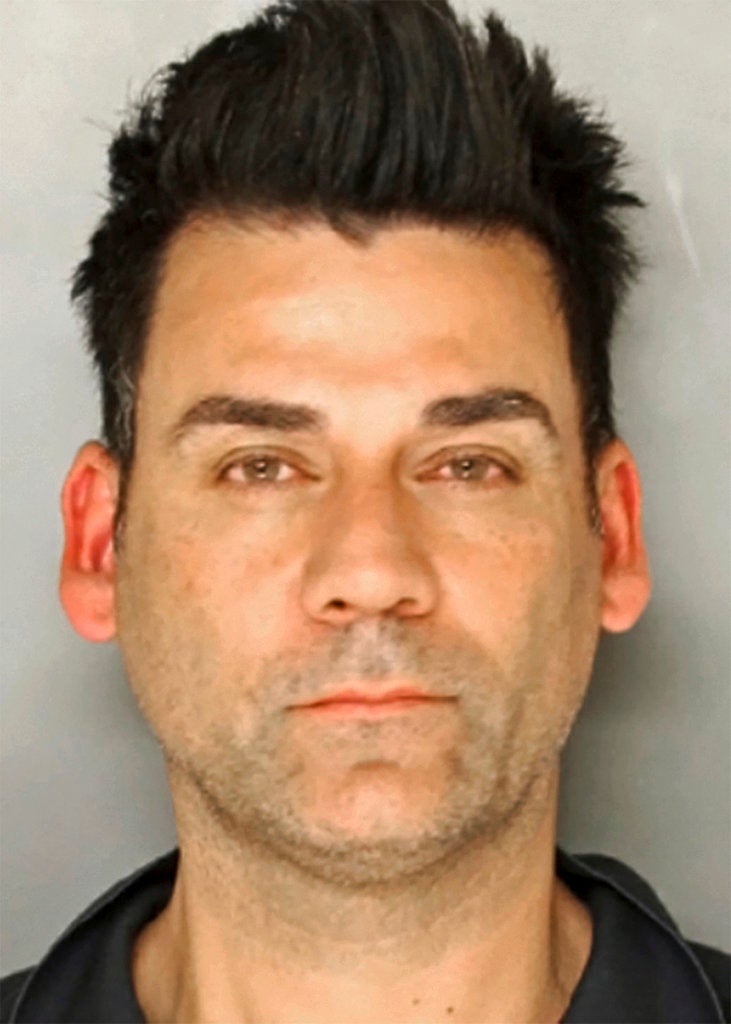 FILE- This Monday, June 25, 2018, file photo provided by the Lancaster County District Attorney’s Office shows Raymond Charles Rowe, of Lancaster, Pa. Rowe is being held without bail in the killing of 25-year-old Christy Mirack at her home in a crime that had stymied investigators until genealogical research led them to the man known professionally as DJ Freez. (Lancaster County District Attorney’s Office via AP, File)

The case had stymied investigators until authorities working with DNA from the crime scene used a publicly available genealogical database to identify a half-sister of the then-unknown suspect, leading them to Rowe, who had lived just miles from where the killing occurred.

Undercover detectives obtained DNA from Rowe by collecting his used water bottle and chewing gum at a school where he was DJing last year. It matched DNA recovered from the carpet in the victim’s home.

“If not for the grace of modern technology and divine intervention, you probably would have stayed in Lancaster and basked in your fame,” the teacher’s brother, Vince Mirack, told the defendant during the hearing.

He said the killing, which occurred four days before Christmas, destroyed his family’s sense of security and their love of the Christmas holiday. “But most of all you took our Christy,” he said.

“I can only hope that the remainder of your life is as painful to you as the last 26 years have been to my family,” Vince Mirack said.

The teacher’s roommate had left their apartment about 15 minutes before Rowe arrived and forced his way inside, investigators said. She had her coat and gloves on, with plans to give Christmas presents that day to students and co-workers.

“She was surprised and actually fought for her life, and unfortunately failed,” District Attorney Craig Stedman said.

Mirack was badly beaten. The prosecutor said a wooden cutting board found near her body is believed to have been used, and she was probably strangled with her own sweater. Her jaw was broken, and an autopsy found wounds on her neck, back, chest and face.

The principal of Mirack’s school went to check up on her because she had not shown up for work and was not answering calls. He discovered her body on the living room floor.

Prosecutors said they aren’t sure whether Rowe and Mirack knew each other or why he targeted her.

Rowe lived about 4 miles (6 kilometers) from Mirack in 1992, and the prosecutor said Mirack’s home was on a likely route between Rowe’s home and where he worked at the time. His vehicle back then, a white Toyota, matched one that witnesses had seen at the apartment complex that morning.

An online biography for Rowe said he was a break dancer in the 1980s, won local DJ battles and then hosted dance parties at Lancaster’s Chameleon Club. For a time he operated a retail store, selling recorded music, clothes and DJ equipment. His site lists events he has worked in New York and regular gigs on local radio stations.  /muf