Tech boom to bring in a new era in Myanmar 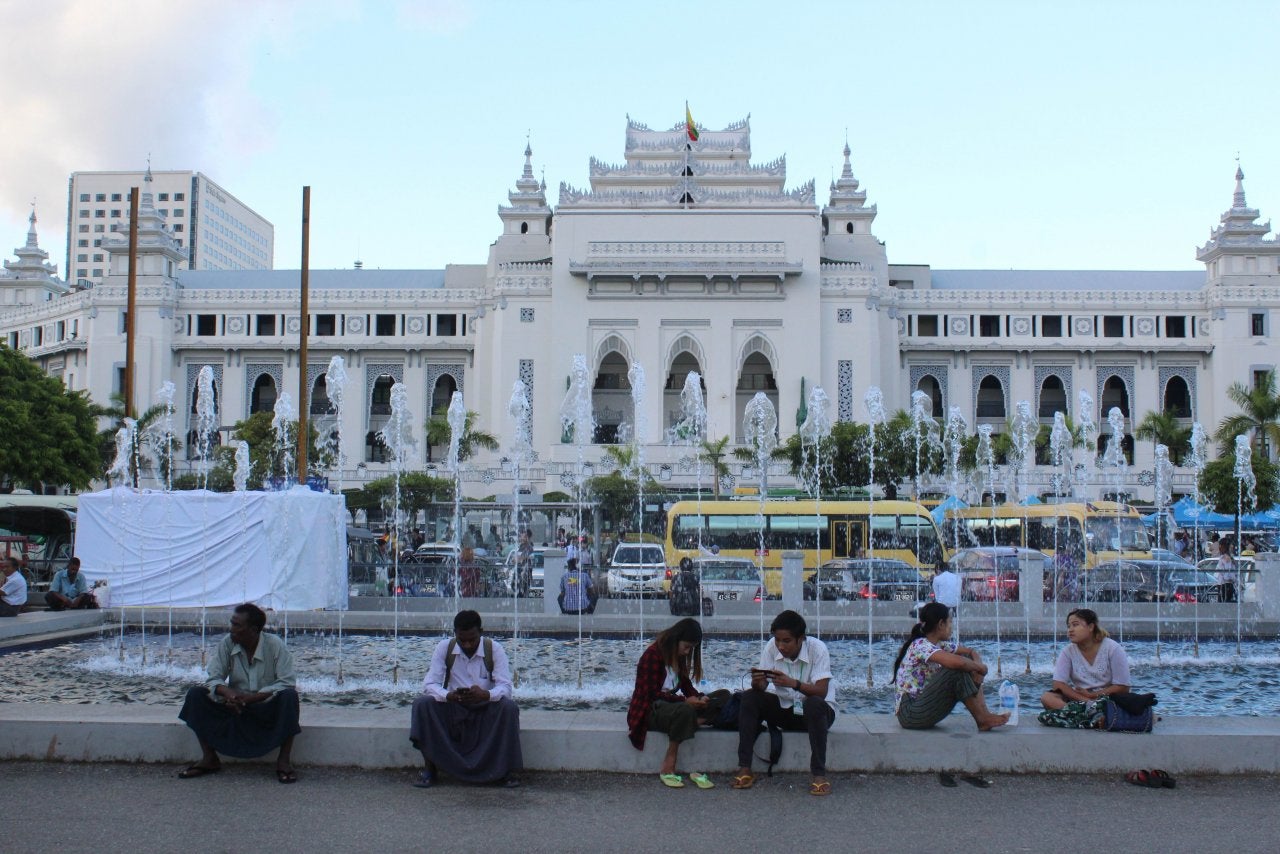 People access mobile data while relaxing in Mahabandoola Park in downtown Yangon. Smartphone penetration is one of the main drivers of Myanmar’s budding tech disruption. THE NATION

BANGKOK — Though digital literacy is still low in Myanmar, people’s eagerness to try new things and their ability to easily adapt to a new environment could generate a technology boom in the country by encouraging young entrepreneurs to establish tech-based companies, say tech experts.

Mike Than Tun Win, founder and chief executive of BOD Tech Co which runs Flymya travel portal and Get digital services, said the coming tech disruption will be driven mainly by young entrepreneurs.

“The government should place more focus on IT education in key universities. A better relation between the public and private sectors is critical,” he said.

He stressed the need to open up more sectors to the private sector, so they could play an active role in the nation’s growth. He also encourages adopting more public-private partnerships to accelerate the growth momentum.

Flymya aims to double its web traffic and revenue in 2019. Get Ride plans to bring 30,000 drivers onboard and cover 12 cities, while its digital shop expects to empower 40,000 small shops nationwide.

“Even though smartphone use in Myanmar is pretty high, we expect a gradual growth over the next two years. With improving IT literacy, we will be able to enjoy more exponential growth from 2020 onwards,” said Mike.

Kyaw Kyaw Win, co-founder and chief executive of Innoveller Co, which drives digital transformation in bus ticketing via its platform MMbusticket, urges the government to support entrepreneurs and startups.

“The government plays a very important role in every industry – not just in the tech industry. As regulator, they should set up the right policies to promote and protect the developments in this industry,” he said.

According to Kyaw Kyaw Win, tech businesses in Myanmar urgently need the government’s support in terms of protecting their intellectual property rights, as it is pivotal to their sustainable development.

“Our government should learn how Vietnam allows Facebook and Google to install servers and open representative offices there, as well as how Singapore regulates its ride-hailing industry to protect consumers,” he said.

This year, Innoveller Co will continue to empower more bus operators to improve their operation efficiency, cost effectiveness and revenue growth through digital transformation. It expects all bus operators in Myanmar to be ready for e-commerce by 2020, he said.

“More and more people will use digital money in the coming years,” he said.

Sully Bholat (aka Htet Aung Latt), the founder and chief executive of Flexible Pass Co which tries to bring all the gyms and fitness centers in Myanmar under one umbrella, echoed Kyaw Kyaw Win’s view.

“There will be more mobile money and digital payment options available through this trend of tech disruption. It will make it easier for people to make payments as they will no longer need to rely on cash,” he said.

Tech businesses need more support from the government, he revealed. He suggested providing more loans and financial support for startups to improve the technology landscape in Myanmar.

To date, Flexible Pass has partnered with nearly 90 gyms, fitness centers and hotels in Yangon with 19 different categories of fitness activities available for its users. The firm aims to expand its business in Mandalay and also expand into spas and beauty services in 2019, he said.

Like other young entrepreneurs, he is also anticipating the enactment of the Intellectual Property Law. He urged that authorities be more supportive of the tech industry through government incubators and standardized investment laws.

“This year, we will bring more engaging content including comics and manga to our readers, and will ensure a more tech-involved creative process in the workflow. We will also engage customers with more immersive reading experiences like augmented reality,” he said.

Soe Thein, director general at the Posts and Telecommunications Department (PTD), pledged to create an enabling environment for both corporates and startups in order to push Myanmar’s tech industry to the next level.

“PTD as the regulator will ensure we create a good mix so that every single player has a chance to be part of our digital transformation journey,” he said.

According to the official, Myanmar looks to strengthen cooperation with multinational companies in its push for the fifth generation of wireless technology (5G) while attempting to launch initiatives to support the development of local tech firms.

Bids to boost digital literacy in Myanmar are also supported by international players, including the digital payment giant Visa. Arturo Planell, country manager of Visa Myanmar, said the transition to a cashless society is possible over the next three or four years, through effective programs to increase people’s financial literacy.