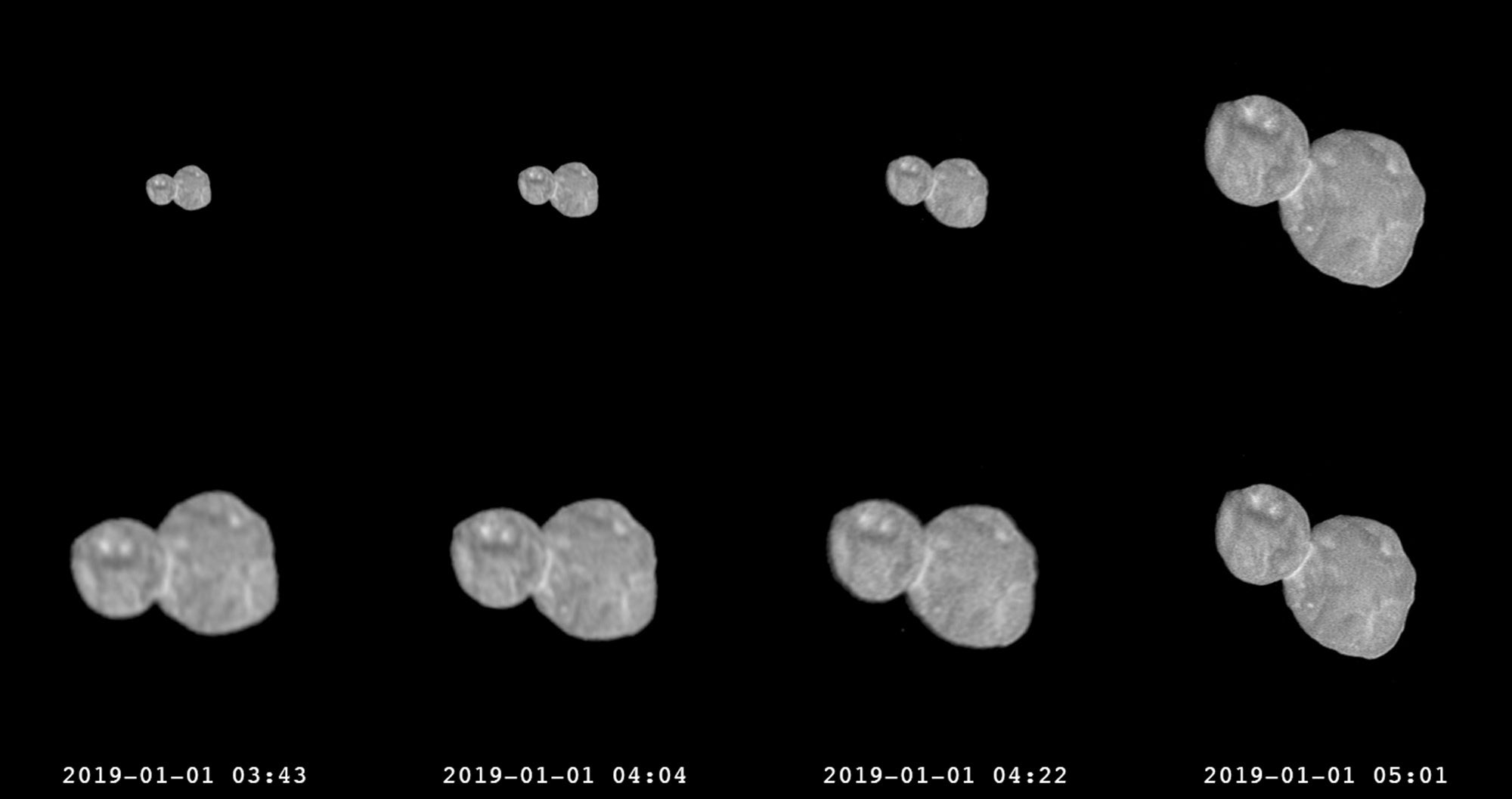 This combination of images provided by NASA shows a series of photographs made by the New Horizons spacecraft as it approached the Kuiper belt object Ultima Thule on Jan. 1, 2019. (NASA/Johns Hopkins University Applied Physics Laboratory/Southwest Research Institute via AP)

Scientists from NASA’s New Horizons mission on Tuesday released the first stitched together animation of Ultima Thule (TOO-lee), the most distant object ever explored by humans.

The small, icy object is shown spinning end-over-end like a propeller. It is about 4 billion miles from Earth and looks like a reddish snowman with two fused-together spheres, extending about 21 miles (33 kilometers) in length.

The movie was put together from photos taken New Year’s Eve and New Year’s Day as the spacecraft made its closest approach, but not sent back to Earth until the last few days. The same spacecraft explored Pluto in 2015.

Ultima Thule rotates about every 16 hours so the time-lapsed movie shows seven of those hours.  /muf