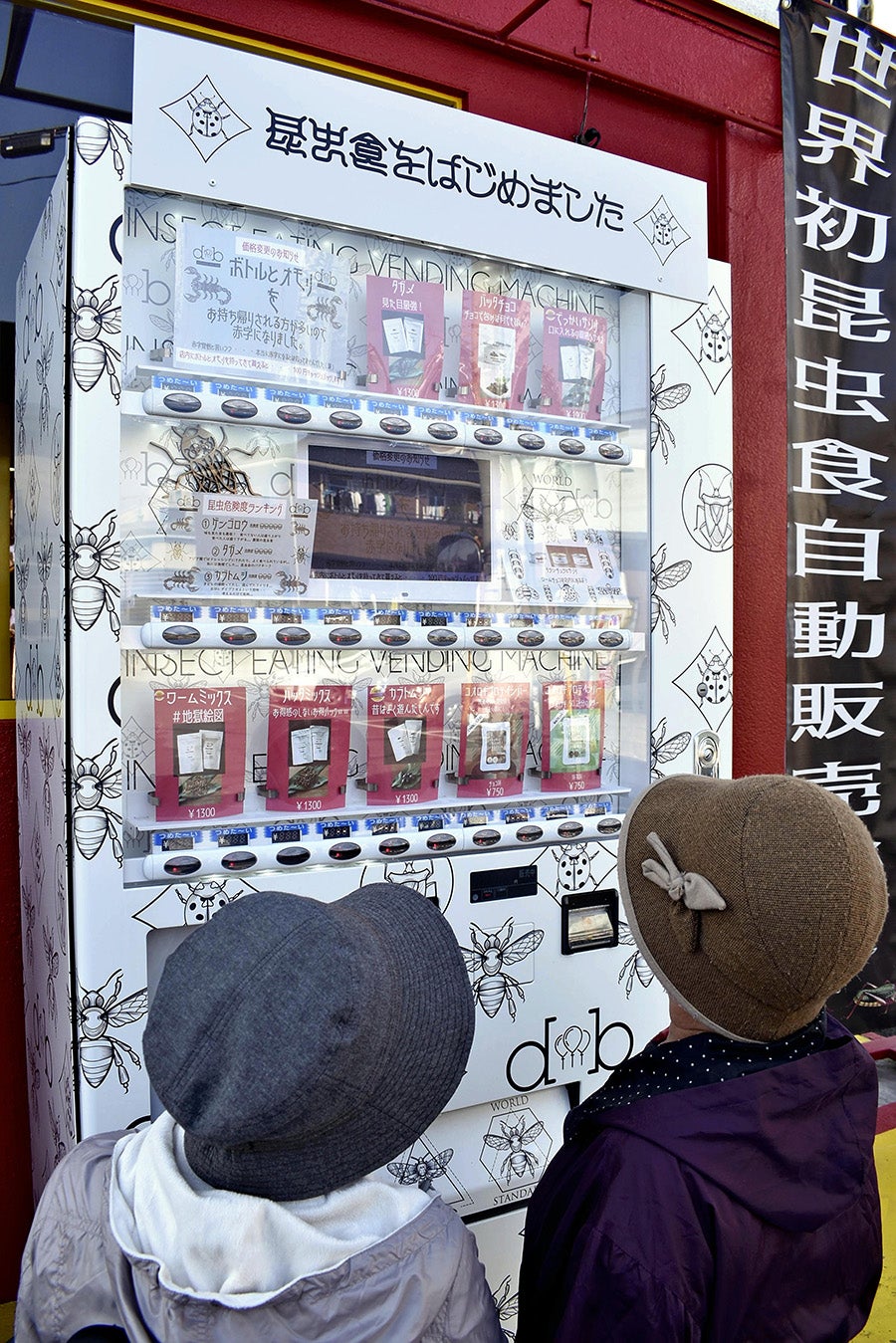 KUMAMOTO, Japan — You won’t find snacks like this in most vending machines: insects including crickets, unicorn beetles and tarantulas.

Products available at the insect vending machine in Chuo Ward, Kumamoto, often sell out amid growing interest in eating bugs as a way to help resolve food shortages. The machine was set up by 34-year-old Toshiyuki Tomoda, who runs a balloon shop in the city.

Tomoda became interested in eating insects as he discussed food shortages and environmental issues with friends, and he began selling insect snacks in the vending machine in November last year.

About 10 insect snacks are available. The cheapest one is a protein bar at ¥700, which contains powdered crickets. The most popular item is salted crickets at ¥1,300 per package, and canned tarantula also sells well at ¥1,900.

It’s rare for a vending machine to sell insect snacks, according to Takeo LLC, a Tokyo-based company that manufactures and sells insect snacks, and supplies products for the Kumamoto machine.

About 500 items, or about ¥500,000 in total, were bought from the machine during the first month of its operation.

Tomoda likened the flavor of crickets to shrimp and other crustaceans.

“They go well with mayonnaise and ichimi-togarashi cayenne pepper powder,” he said. “I hope the machine will provide people with an opportunity to review the importance of food in this food-infatuated time.”