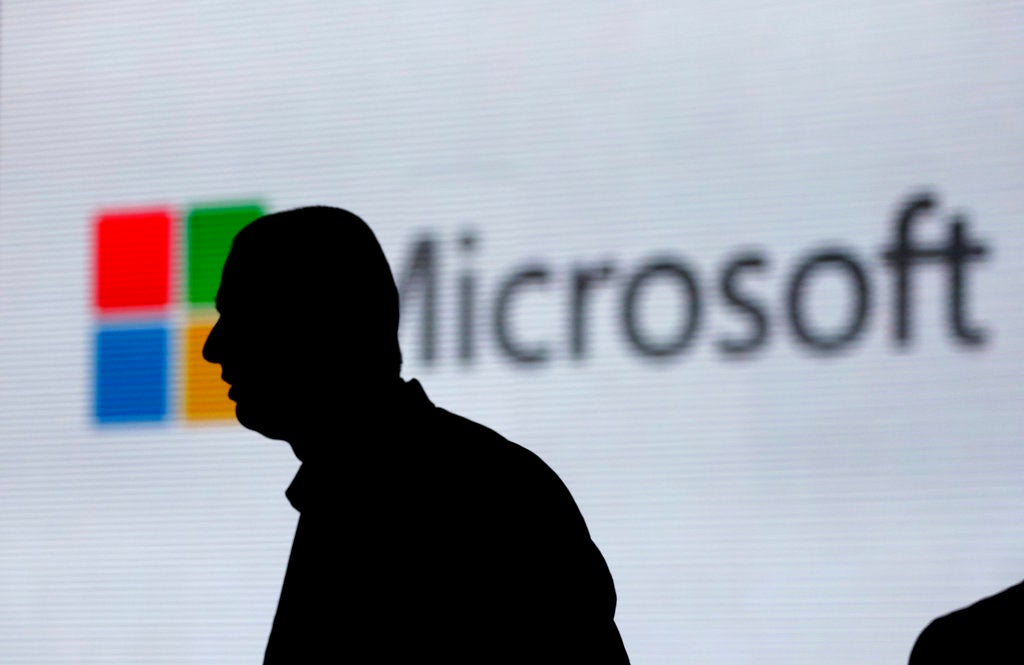 In this Nov. 7, 2017, file photo, a man is silhouetted as he walks in front of Microsoft logo at an event in New Delhi, India. AP FILE

MANILA, Philippines — Microsoft’s internet browser is cautioning against use of the Daily Mail as part of its features to help protect users from untrustworthy sites.

Users of Microsoft Edge are presented with a warning message when they attempt to open the website dailymail.co.uk, The Guardian reported on Wednesday.

“Proceed with caution: this website generally fails to maintain basic standards of accuracy and accountability,” the message reads.

This feature of Microsoft Edge is provided by third-party startup called NewsGuard which checks whether sites meet an array of journalistic standards.

According to its website, NewsGuard is headed by veteran journalists and news entrepreneurs from Yale Journalism Initiative and The Wall Street Journal.

This service was previously only available as a downloadable plug-in, but Microsoft recently began installing it in the mobile edition of their Edge browser.

One of NewsGuard’s co-founder Steve Brill said the verdict on Daily Mail’s website reached in a transparent manner.

“We spell out fairly clearly in the label exactly how many times we have attempted to contact them. The analyst that wrote this writeup got someone on the phone who, as soon he heard who she was and where she was calling from, hung up. We would love to hear if they have a complaint or if they change anything,” Brill said, as quoted by a report from The Guardian.

He added that Microsoft is not held accountable for the verdict and any complaints should be directed to NewsGuard.

Meanwhile, a spokesperson for the Daily Mail said, “We have only very recently become aware of the NewsGuard startup and are in discussions with them to have this egregiously erroneous classification resolved as soon as possible.” /cbb

Why you should check out Intramuros now