Veterinarians fix puppy paws pointing up instead of down 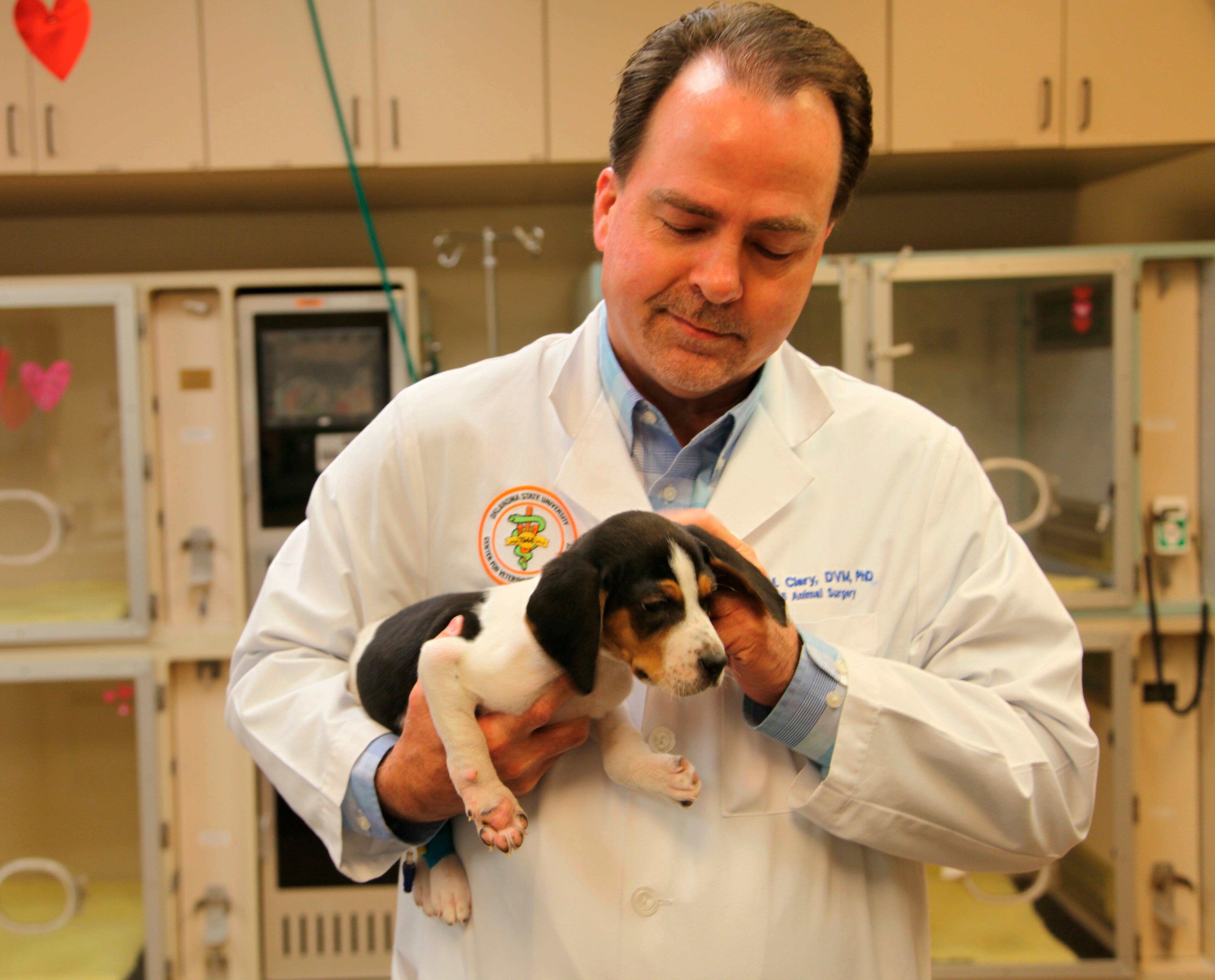 STILLWATER, Okla. — A puppy born with his front paws facing up instead of down and unable to walk is recovering after surgery at Oklahoma State University’s Center for Veterinary Health Sciences.

An animal rescue group founder took Milo to the school and is caring for the puppy post-surgery. Jennie Hays, of the nonprofit Oliver and Friends Farm Sanctuary , said Friday that Milo was doing great and is a “very happy puppy.”  /muf