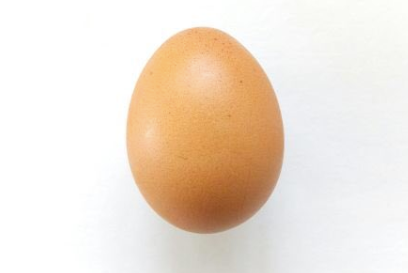 After Hulu snagged a sponsorship opportunity with the Instagram account featuring nothing but posts of a brown egg — the first of which now holds the world record for the most likes on a single publication— the company revealed the mystery behind the egg’s multiplying cracks during the Super Bowl yesterday.

Since the world_record_egg account on Instagram posted its first publication of “Eugene,” the brown egg back in the beginning of January, more publications of the stock photo have been posted with each egg image featuring an additional crack. On Saturday, Eugene was published donning a set of football laces with a caption saying, “The wait is over. All will be revealed this Sunday following the Super Bowl. Watch it first, only on @hulu.”

The wait is over 😅 All will be revealed this Sunday following the Super Bowl 👀 Watch it first, only on @hulu. #EggGang #WeGotThis #TalkingEgg

Sure enough, on Sunday the mystery of the egg was revealed, and the same clip that debuted after the launch of the big game was published on the world_record_egg’s Instagram account Monday:

Phew! I feel so much better now 😊 If you’re feeling the pressure, visit talkingegg.info to find out more. Let’s build this list together 🙌 #EggGang #WeGotThis #TalkingEgg

The egg was given a face and a voice with which it politely introduced itself and explained how “recently [it’s] started to crack.” Eventually, the egg breaks, identifying the pressure of social media as the cause. After it suggests talking to someone when stressed, the egg reforms without cracks and smiles. The URL that appears next links to a collection of mental health organizations across the world.

Not only has this little brown egg, whose account was created by a London-based advertising creative who recounted his experience to the New York Times, obtained the world record for having the most likes on a single Instagram post, passing Kylie Jenner in the process, but also it has become an advocate for mental health awareness. While this may or may not be the last of world_record_egg publications, it certainly has secured its place in Instagram history. JB

We’d like to thank #TalkingEgg for shining a limelight on #mentalhealth tonight with an important message. Not everyone chooses to #fightintheopen for mental health, but you did for the 1 in 5 Americans living with a mental health condition. Thank you, #EggGang! 💚🥚 pic.twitter.com/9KPlXG5re4

An egg a day may help keep diabetes away, says new study