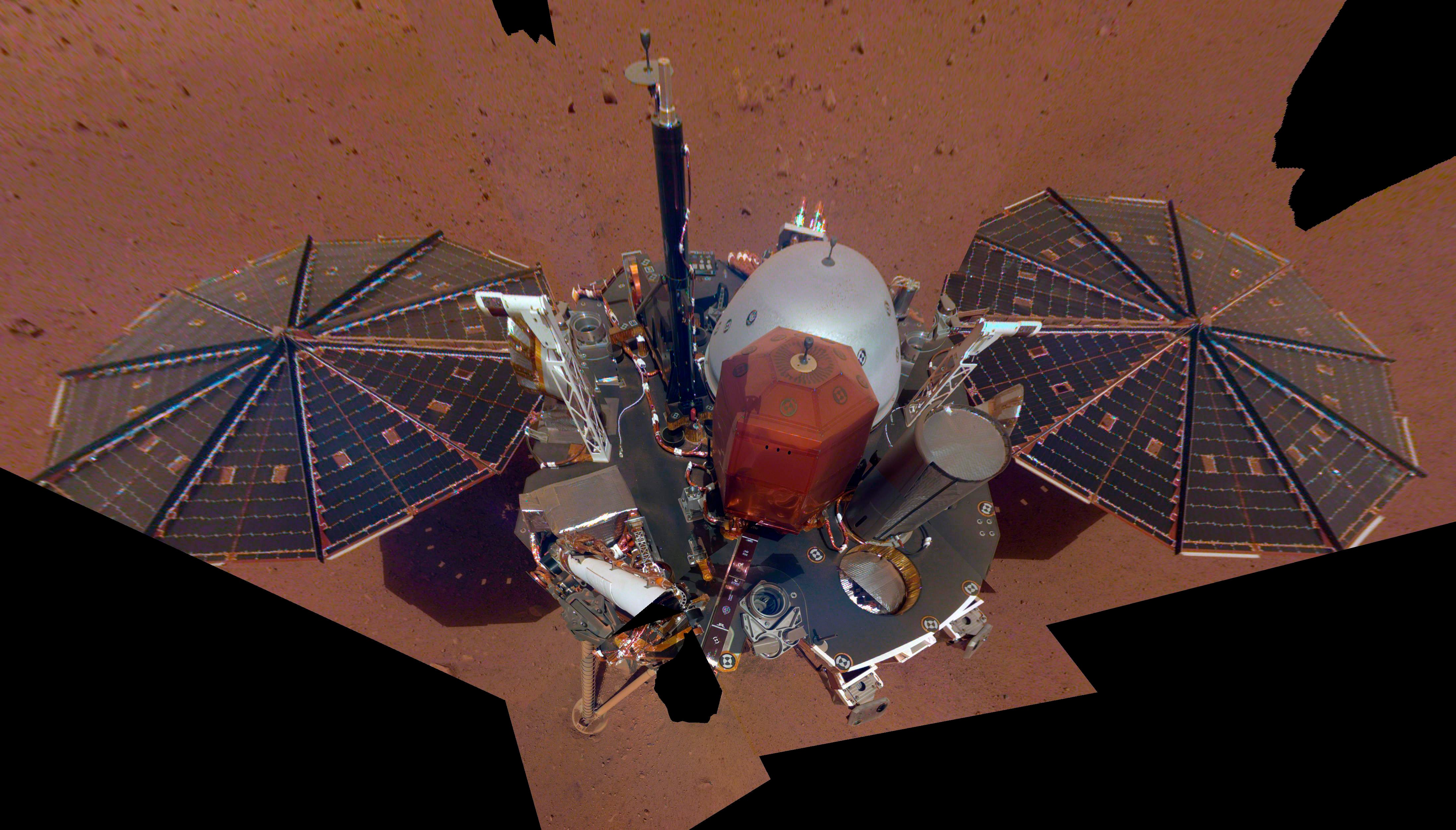 This Dec. 6, 2018 image made available by NASA shows the InSight lander. The scene was assembled from 11 photos taken using its robotic arm. The two white stalks between the center and the solar panels are weather sensors. Starting Tuesday, Feb. 19, 2019, NASA’s Jet Propulsion Laboratory is posting the high and low temperatures online, along with wind speed and atmospheric pressure from the InSight lander. (NASA via AP)

Scientists say NASA’s newest Mars lander has started digging into the red planet, but has hit a few snags.

The German Aerospace Center said Friday its drilling instrument on the InSight lander hit what appeared to be a couple of stones. It only managed to dig between half a foot (18 centimeters) and about 1 ½ feet (50 centimeters), far short of the first dig’s goal.

Over time, the team is shooting for a depth of up to 16 feet (5 meters), which would set an otherworldly record. The lander is digging deep to measure Mars’ internal temperature.