CINCINNATI — An Ohio zoo has become the repository for the world’s largest collection of polar bear poop as researchers work to create a pregnancy test to aid the survival of this threatened species. 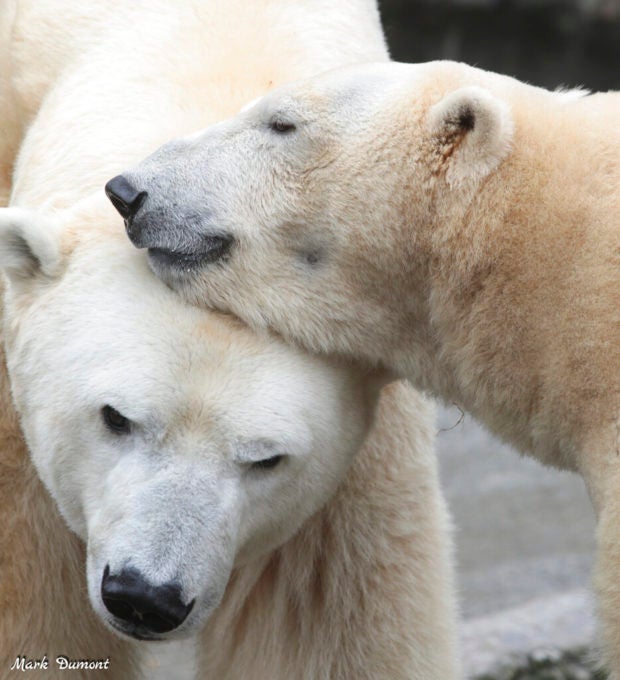 This Feb 18, 2019 photo from the Cincinnati Zoo shows two polar bears, from left “Little One” and Anana” in Cincinnati. Image: Mark Dumont/Cincinnati Zoo via AP

WLWT-TV reports the Cincinnati Zoo and Botanical Gardens is storing 30,000 samples of fecal matter from the U.S. and Canada. It’s being studied by researchers at the zoo’s Center for Conservation and Research of Endangered Wildlife.

Scientist Erin Curry says researchers are comparing compounds in fecal matter from females that are pregnant with those that aren’t in the hope of finding specific compounds that will help develop a pregnancy test.

Some poop mailed to Cincinnati can be downright flashy. Zoos with multiple females sprinkle glitter and dye on the samples to help identify whose poop is whose.

A loss of sea ice habitat has threatened the species. Fewer than 25,000 polar bears remain in the wild.

Zoo spokesperson Michelle Curley says there are only 11 breeding pairs in North American zoos. She says Cincinnati’s breeding pair has been together for two years but has yet to produce cubs. NVG

‘Invasion’ of polar bears in Russian Arctic over