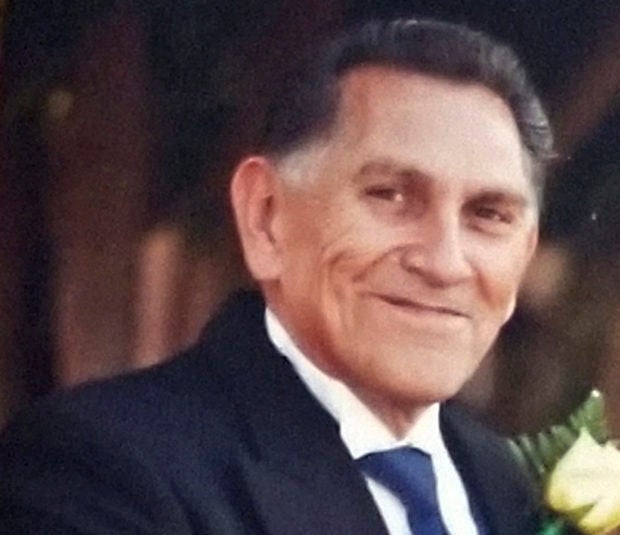 This 2009 photo provided by Catherine Quintana shows her father, Ernest Quintana, in Fremont, California. The California family is devastated that 78-year-old Ernest Quintana was told on Sunday, March 3, 2019, he didn’t have long to live by a doctor appearing on a robot’s video screen in Fremont, California. KTVU reported that a robot appeared in Ernest Quintana’s room, where a doctor told him by video that his lungs were failing. An official with Kaiser Permanente says it was a “highly unusual circumstance.” Quintana died Tuesday, March 5. (Catherine Quintana via AP)

SAN FRANCISCO — Ernest Quintana’s family knew he was dying of chronic lung disease when he was taken by ambulance to a hospital, unable to breathe.

But they were devastated when a robot machine rolled into his room in the intensive care unit that night and a doctor told the 78-year-old patient by video call he would likely die within days.

But the hospital also defended its use of telemedicine and said its policy is to have a nurse or doctor in the room at the time of remote consultations.

“The evening video tele-visit was a follow-up to earlier physician visits,” Gaskill-Hames said in a written response. “It did not replace previous conversations with patient and family members and was not used in the delivery of the initial diagnosis.”

Hospital officials say the technology doesn’t replace in-person conversations with the patient and loved ones.

Granddaughter Annalisia Wilharm, 33, was alone with Quintana when a nurse popped in to say a doctor would be making his rounds. A robot rolled in and a doctor appeared on the video screen.

Wilharm figured the visit was routine. She was astonished by what the doctor started saying.

“This guy cannot breathe, and he’s got this robot trying to talk to him,” she said. “Meanwhile, this guy is telling him, ‘So we’ve got your results back, and there’s no lung left. There’s no lung to work with.'”

Wilharm said she had to repeat what the doctor said to her grandfather, because he was hard of hearing in his right ear and the machine couldn’t get to the other side of the bed.

“So he’s saying that maybe your next step is going to hospice at home,” Wilharm is heard saying in a video she recorded of the visit. “Right?”

“You know, I don’t know if he’s going to get home,” the doctor says.

Steve Pantilat, chief of the palliative medicine division at University of California, San Francisco, said he doesn’t know the details in the case but that the robot technology has done wonders for patients and their families, some of whom are too far away for in-person visits.

The video meetings are warm and intimate, he said, adding that not all in-person discussions have empathy and compassion.

“No matter how well we deliver very difficult news, it’s sad and it’s hard to hear,” he said.

Wilharm said her grandfather, a family man who kept every childhood drawing he ever gave her, deserved better. She said that after the visit, he gave her instructions on who should get what and made her promise to look after her grandmother.