47% of Filipino adults use the Internet — SWS

The poll, which was conducted from December 16-19, 2018, found that 47 percent of adult Filipinos use the Internet.

This is a six-point increase from the 41 percent recorded in September 2018. 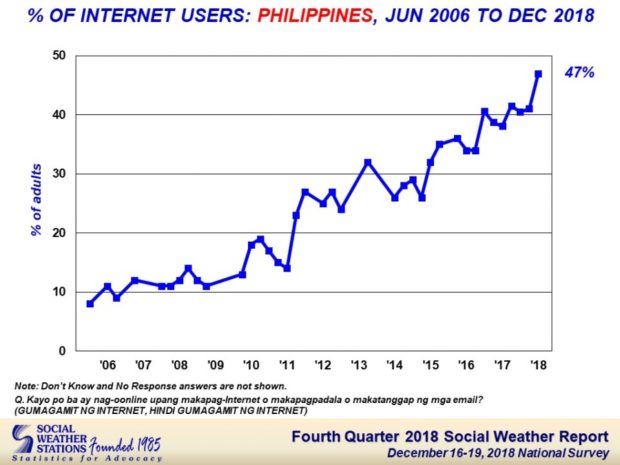 The proportion of Filipino adult Internet users has been steadily increasing since SWS first conducted the poll in June 2006, the pollster said. At the time, Internet usage among Filipino adults was at 8 percent.

Meanwhile, from April 2016 to September 2018, the SWS said Filipino adults who use the internet raged from 34 to 42 percent of the population before it reached its peak of 47 percent in December 2018.

The proportion of Filipino adults in Metro Manila who use the Internet dropped by five points at 59 percent, but it still recorded the highest number of percentage among other areas.

In Balance Luzon, Internet users was at 56 percent, followed by Visayas (35 percent) and Mindanao (32 percent). 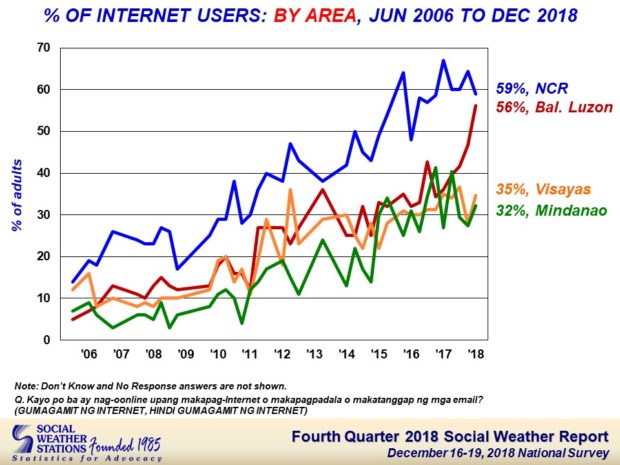 “The proportion remains higher (since June 2006) in urban areas than in rural areas,” the SWS said. 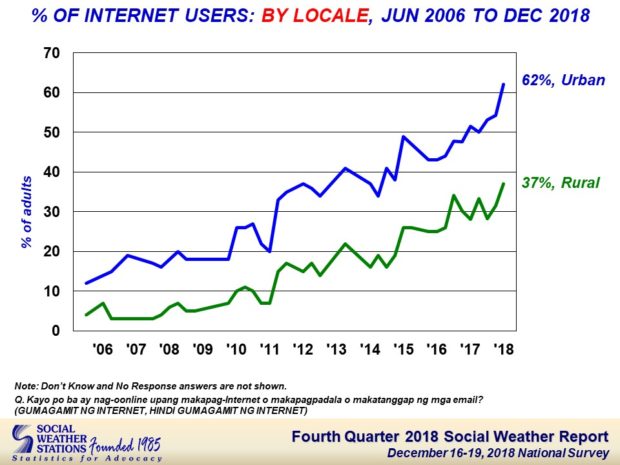 The survey was conducted using face-to-face interviews with 1,440 adults (18 years old and above) nationwide.

The pollster said they asked the respondents this question:

[Do you ever go online to access the internet or the World Wide Web or send and receive email? (Uses the Internet; Does not use the Internet)].” /ee