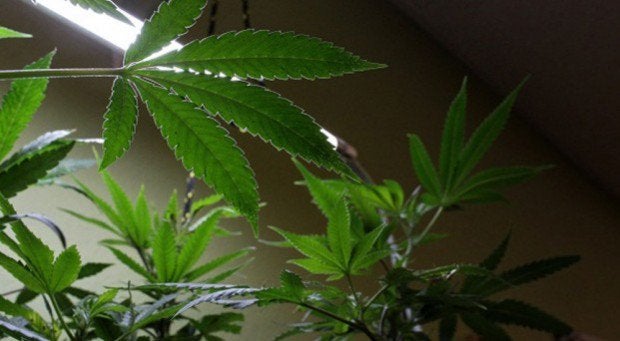 LONDON, United Kingdom — Smoking high-potency marijuana every day could increase the chances of developing psychosis by nearly five times, according to the biggest-ever study to examine the impact of pot on psychotic disorder rates.

The research adds to previous studies that have found links between marijuana and mental health problems, but still does not definitively pinpoint marijuana as the cause.

Psychotic disorders — in which people lose touch with reality — are typically triggered by factors including genetics and the environment. But experts say the new study’s findings have implications for jurisdictions legalizing marijuana, warning they should consider the potential impact on their mental health services.

“If we think there’s something particular about (high-potency) cannabis, then making that harder to get a hold of, could be a useful harm-reduction measure,” said Suzanne Gage, of the University of Liverpool, who was not connected to the new study.

Researchers at King’s College London and elsewhere analyzed data from a dozen sites across Europe and Brazil from 2010 to 2015. About 900 people who were diagnosed with a first episode of the disorder at a mental health clinic, including those with delusions and hallucinations, were compared with more than 1,200 healthy patients. After surveying the patients about their use of cannabis and other drugs, researchers found daily marijuana use was more common among patients with a first episode of psychosis compared with the healthy, control group.

The scientists estimated that people who smoked marijuana on a daily basis were three times more likely to be diagnosed with psychosis compared with people who never used the drug. For those who used high-potency marijuana daily, the risk jumped to nearly five times. The paper was published online Tuesday by the journal Lancet. It was paid for by funders including Britain’s Medical Research Council, the Sao Paulo Research Foundation and the Wellcome Trust.

“If you decide to use high-potency marijuana, you should bear in mind: Psychosis is a potential risk,” said Dr. Marta Di Forti, of King’s College London and the study’s lead author. She said it was unknown how frequently people could smoke lower-potency marijuana without raising their likelihood of psychosis, but that less than weekly use appeared to pose no risk.

Di Forti and colleagues estimated that in Amsterdam, about half of new psychosis cases were associated with smoking high-potency pot.

Gage noted that it was possible that people with a family history of psychosis or other risk factors might be more susceptible to developing problems like psychosis or schizophrenia if they used cannabis.

“That could be the thing that tips the scale for some people,” she said. “Cannabis for them could be an extra risk factor, but it definitely doesn’t have to be involved. If you use cannabis, it doesn’t mean you are definitely going to develop psychosis.” /cbb

ADVERTISEMENT
TOPICS: King's College London, marijuana, mental health, pot, psychosis, Research
Read Next
Goodbye console? Google launches game-streaming platform
EDITORS' PICK
BFP raises general alarm over Mandaluyong fire
Someone from the Philippines can become $356 Million richer this Tuesday
Cherry Mobile teams up with Cloud Panda PH, launches online store
Leveling up your ‘lutong bahay’ with the kitchen companion you never knew you needed
Bato de la Rosa, Risa Hontiveros back bill increasing female recruitment quota in PNP
Quarantine violations still punishable despite deleted provisions in ‘Bayanihan 2’ – Bato dela Rosa
MOST READ
‘If I had not been SolGen, I will make you eat your words,’ Calida tells Coco Martin
5 car dealership outlets shutting down
51 percent of German firms holding back investments in PH, but not because of COVID-19
Quarantine passes no longer required under GCQ, but curfew remains
Don't miss out on the latest news and information.