A rare albino penguin makes its debut at zoo in Poland 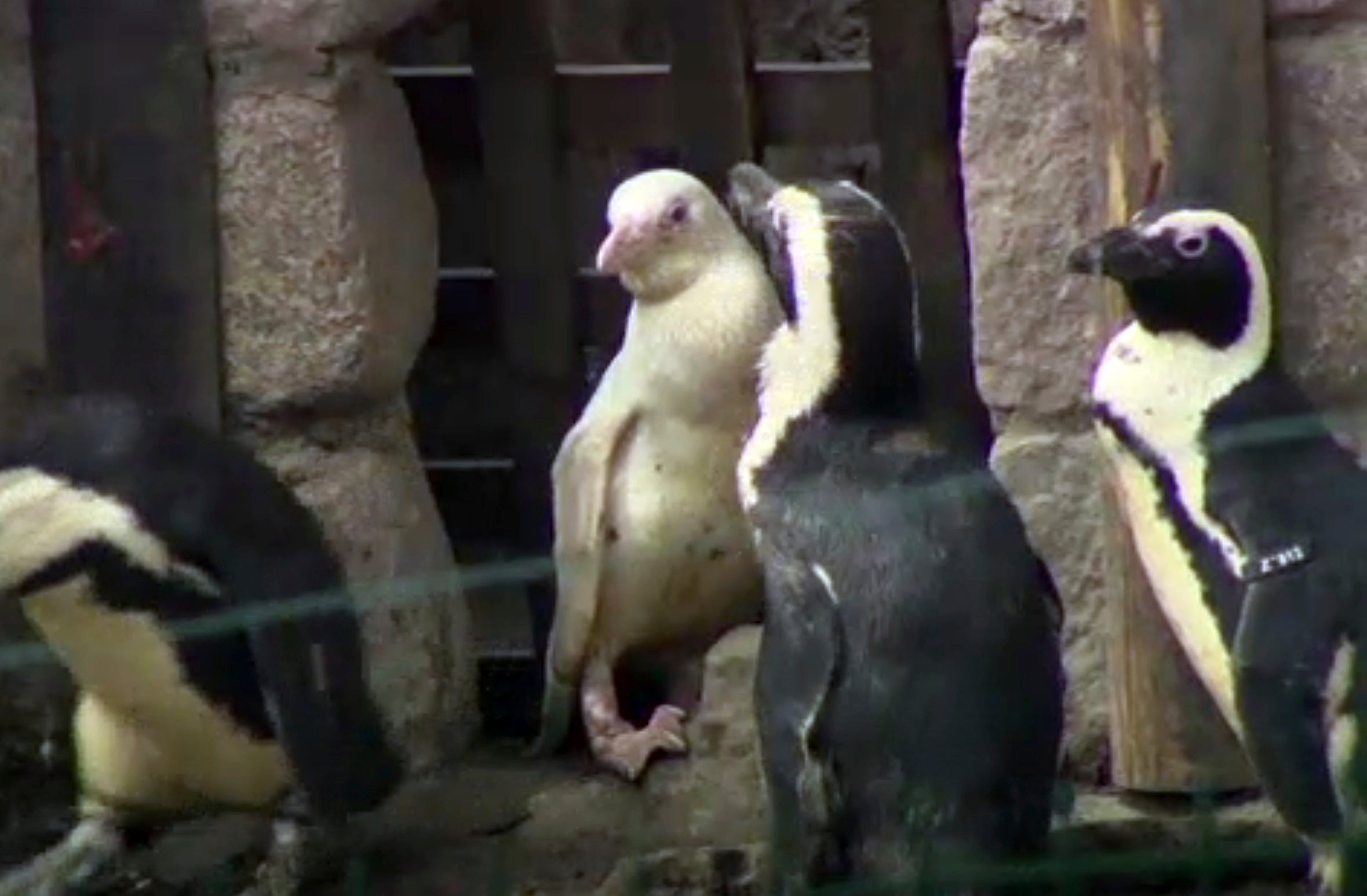 In this image made from video, an albino penguin is seen along in its enclosure in Gdansk zoo, Gdansk, Poland, Friday, March 22, 2019. An extremely rare white penguin has made its public debut at the Gdansk zoo in northern Poland. The albino penguin hatched in mid-December and has been under veterinary care. In natural conditions such unusual-looking penguin would be rejected by other penguins and would have little chance of survival. (AP Photo)

WARSAW, Poland — An extremely rare albino penguin has made its debut at Gdansk Zoo in northern Poland.

The albino penguin hatched in mid-December and has been under veterinary care. In the wild, such an unusual-looking penguin would be rejected by other penguins and would have little chance of survival.

But in Gdansk, it has its parents and two other friendly penguins.

The bird’s sex has not yet been determined. It weighs over half a kilogram (1.1 pounds) and stands 28 centimeters (11 inches) tall.

Zoo director Michal Targowski said Friday the albino penguin “would have become the very first to be attacked by predators.”

He said it requires special care, being prone to diseases since it lacks a protective black pigment. He said his team was astonished but are “incredibly happy” to have a baby albino penguin.  /muf