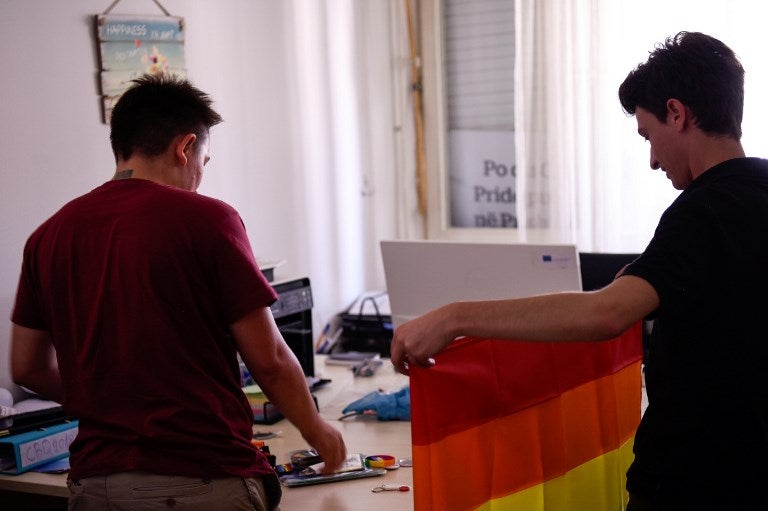 Transgender men Blert Morina (right) and Lend Mustafa (left) work together at the headquarters of the NGO, Center for Equality and Liberty (CEL) on August 20, 2018, in Pristina, Kosovo. AFP

WASHINGTON, United States – The ovaries of transgender men appear to remain functional even after a year of receiving hormonal treatment with testosterone, according to a small Israeli study presented Saturday in the United States.

Transgender men are born female but self-identify as male. Not all of them undergo gender reassignment surgery but lots of them take hormones to make their bodies more masculine.

Doctors from Tel Aviv-Sourasky Medical Center studied 52 transgender men aged between 17 and 40 for a year after they began receiving injections of testosterone.

They had access to the complete results for 32 of them, which is a small sample but studies of this kind are rare.

“Our research shows for the first time that after one year of testosterone treatment, ovary function is preserved to a degree that may allow reproduction,” said the study’s lead investigator, Yona Greenman.

“This information is important for transgender men and their partners who desire to have their own children,” Greenman said.

The level of the Anti-Mullerian Hormone (AMH) dropped off after 12 months of treatment but remained in the normal range for fertility, said the researchers, who will present their findings at the annual conference of the Endocrine Society in New Orleans this weekend.

The level of this hormone is an indicator of the so-called ovarian reserve and is used by doctors to assess the remaining egg supply. /cbb