Mom with kids on YouTube channel charged with child abuse

PHOENIX — An Arizona woman who used to operate a popular YouTube channel featuring children has been indicted on charges that she kidnapped five of her seven adopted children and abused them by pepper-spraying them, forcing them to take ice baths and striking them with clothes hangers. 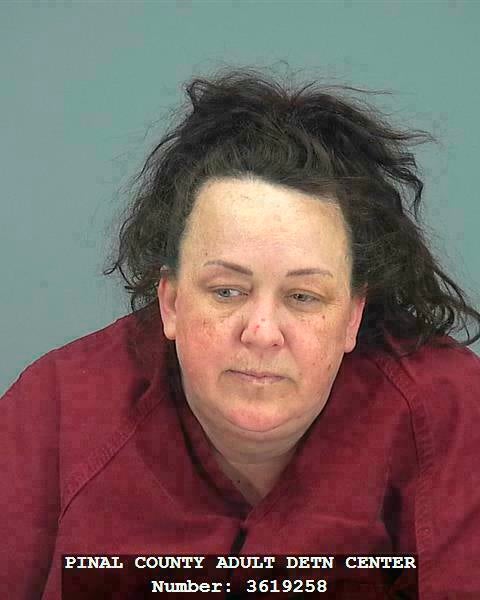 The indictment filed Monday mirrors some charges brought last week against Machelle Hobson. Christy Wilcox, a spokeswoman for the Pinal County Attorney’s Office, said prosecutors didn’t have direct evidence that Hobson was abusing two of the adopted children, both of whom are aged 3.

Hobson is accused of using pepper spray on a child’s genitals, applying a lighter or stun gun to a victim’s genitals, arm or other body parts, and causing them to suffer malnourishment.

Authorities have previously said Hobson locked up the children in a closet for days at a time without food, water or access to a bathroom.

Hobson, who remained jail Tuesday on a $200,000 bond, is scheduled to enter a plea on 24 counts of child abuse, five counts of kidnapping and one count of aggravated assault at an arraignment hearing on Friday.

YouTube has since terminated Hobson’s channel, which featured skits about such things as children stealing cookies or a boy with superpowers, after determining the channel violated its guidelines.

Investigators had said they found two cans of pepper spray in Hobson’s bedroom.

Police had said the children were malnourished, noting that one hungry child was fearful to eat a bag of chips that police had given her because she didn’t want Hobson to smell them on her breath. They also said the children were taken out of school so they could keep filming the video series and hadn’t been back in school for years.

Hobson’s biological daughter, who is an adult, alerted police of the abuse nearly two weeks ago, prompting officers to visit Hobson’s home in the city of Maricopa, located 35 miles (56 kilometers) south of Phoenix.

The Arizona Department of Child Safety later removed the children from the home, and Hobson and two of her adult sons were arrested. The sons, Logan and Ryan Hackney, are accused of failing to report abuse of a minor.

The child safety agency declined to say whether it had any prior contacts or complaints related to Hobson, citing confidentiality laws.

In a statement Tuesday, Child Safety Director Gregory McKay said Hobson’s case brings pain to those who work for the agency and pointed out the difficulty in detecting abuse by people who have no criminal records.

McKay said at least 20 systems or agencies were involved with Hobson and the adopted children, including two police departments and a foster care review board.

“However much I wish someone would have detected these alleged horrors sooner, no one did,” McKay said in the statement. NVG

Mom with kids on YouTube channel suspected of child abuse