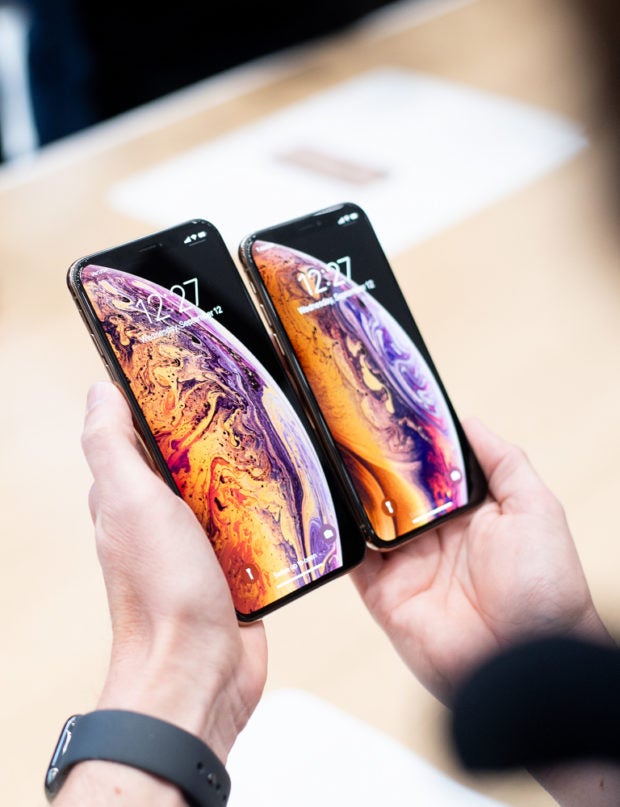 The Apple iPhone XS Max and iPhone XS. Apple could add a third rear camera to the next iPhone. Image: AFP/Noah Berger via AFP Relaxnews

Anonymous but notable tech expert Mr. White on Thursday published an image of what is purported to be the next iPhone’s design schematic, revealing three cameras on the back, as spotted by MacRumors.

During the first week of this year, dependable smartphone leaker Steve Hemmerstoffer published his very first rendering of what was claimed to be the back of the next-generation iPhone, allegedly called the iPhone XI.

The 5K resolution images focused on the unusual asymmetric triple rear-camera setup which seemed to be backed up less than a month later by the Wall Street Journal and Bloomberg. After seeing another image published this week by notable leaker Mr. White, Hemmerstoffer’s design looks increasingly like it might be the real deal.

Back from September 2019, I bring you the very 1st and very early glimpse at which I guess #Apple will unveil as #iPhoneXI!!! Yes, time has already come to meet the new #iPhone through gorgeous 5K renders made on behalf of new coming Partner @digitindia -> https://t.co/b6SxFUS2tx pic.twitter.com/97jrlTHQ5G

Mr. White shared an image on Twitter of the schematics of an upcoming iPhone whose design matches exactly what Hemmerstoffer predicted in January. Though Mr. White refers to it as the next iPhone XR, Hemmerstoffer calls it the iPhone XI. The reports by the WSJ and Bloomberg both state that the successor to the iPhone XS Max will don three cameras, while the next-gen iPhone XS and XR will have two rear cameras each. In any case, whichever model it turns out to be, the devices that each of these leakers shared look to be the same one.

Considering that nearly every iPhone model ever made in the past has had a September launch, it is likely that if this model comes to market, it will make its debut in September as well. CE/JB

The good, bad and the unknown of Apple’s new services