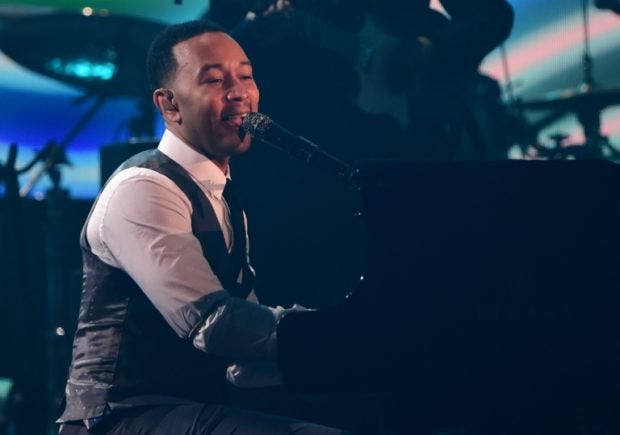 John Legend rolls out as a voice option for the Google Assistant. Image:AFP/Robyn Beck via AFP Relaxnews

Last week, Google began teasing John Legend’s Google Assistant voice, but as of Wednesday, his musical speech has officially arrived and is ready to answer your questions and serenade you.

On March 24, a redditor discovered that when he thanked his Google Home Mini in a particular way, John Legend’s voice would respond with, “You’re very, very welcome.” At the time, this phrase was the only one that prompted the Assistant to convert its voice to that of the singer-songwriter. On Wednesday, however, his voice officially rolled out as a selectable option.

Legend’s voice can be enabled by either choosing him as your designated voice through the Assistant’s settings or by telling your device, “Hey Google, talk like a Legend.” When activated, he’ll be able to answer a select few questions like, “What’s your favorite type of music?” “Who is Chrissy Teigen?” and “Are you John Legend?” Most other responses will be in one of the standard Google Assistant voices.

Today, we’re passing the mic to John Legend as he makes a cameo as the newest voice on your Google Assistant. Just say ”Hey Google, #TalkLikeALegend” → https://t.co/bjYXLGXl5F #HeyGoogle pic.twitter.com/bzJ2ejT7nU

Legend is the first celebrity whose voice was lent to the Assistant, but Google assures us that more are on the way.

We have been waiting for Legend to serenade us via our Google Home devices since the option was previewed at Google Input/Output (I/O) 2018. Though this voice was supposed to arrive before the end of last year, in this case, it is better late than never. John’s voice will be available only for a “limited time” in the United States. CE/JB