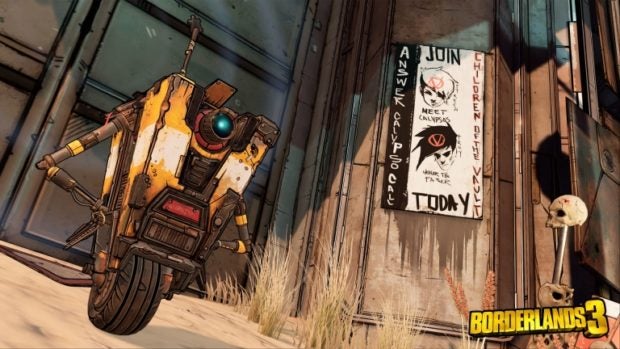 As rumored, the personal computer (PC) download edition of “Borderlands 3” will launch as an Epic Games Store exclusive for an initial seven-month period.

The deal is a source of anguish for those PC gaming fans who would prefer not to shop with the “Fortnite” developer and publisher, citing an underdeveloped storefront and recurring account security concerns among their reasons.

Launch exclusives for the PC editions of “Borderlands 3”, the earlier “Metro Exodus” and “The Division 2” and the upcoming “The Outer Worlds” among others, form part of a strategy allowing a relatively new Epic Games Store to increase its foothold in an established arena traditionally dominated by the Steam store.

As well as putting its online store in front of millions of PC-based “Fortnite” players, Epic has also been attracting new users through a rolling 14-day schedule of giveaways for well-received games since a December 2018 launch.

The company offers preferential terms for games that use its Unreal development suite, a permutation which applies to the “Borderlands” franchise, as well as up-front payments and more generous revenue splits for publishers.

When the “Borderlands 3” Sept. 13 release date leaked on April 1, along with its suspected Epic exclusivity, Gearbox Software chief executive officer Randy Pitchford had responded by tweeting that, in his experience, “exclusives are fine when they come w/ advantages and when they are short – say, six months”.

As a customer, I’m happy to shop in different stores – already do! I’ve bought games from Xbox, Playstation, Switch, Steam, Origin, GOG, Humble, Uplay, Epic and other stores. To me, exclusives are fine when they come w/ advantages and when they are short – say, six months :) 2/3

“2K/Take Two has exclusive publishing rights for ‘Borderlands 3’ and makes all [related] decisions…”, he explained, while insinuating that cross-platform multiplayer might be a possibility: “Epic’s leadership with cross-platform play is helpful to our interests.”

A public relations statement provided to Relaxnews confirms that “Borderlands 3” will be available in other online PC stores from April 2020 onwards, following a Sept. 13 debut on the Epic Games Store, the same date as its PlayStation 4 and Xbox One retail and digital release.

2K President David Ismailer acknowledged the importance of the PC community in contributing to the success of the “Borderlands” franchise, while referring to the Epic Games Store deal and 2K’s mission, as a step towards increasing the overall number of “Borderlands 3” players. CE/JB