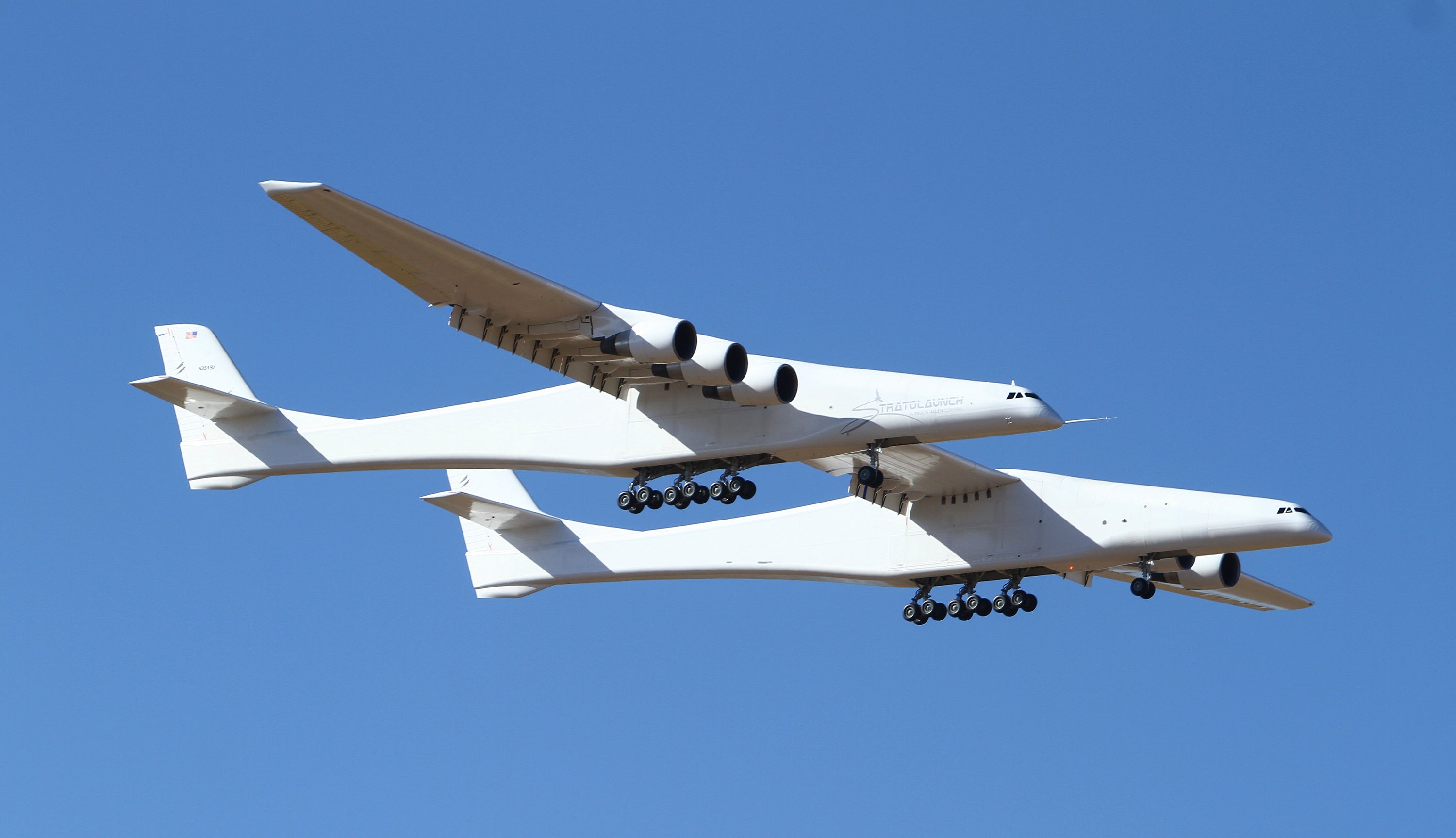 Stratolaunch, a giant six-engine aircraft with the world’s longest wingspan, makes its historic first flight from the Mojave Air and Space Port in Mojave, California, Saturday, April 13, 2019. Founded by the late billionaire Paul G. Allen, Stratolaunch is vying to be a contender in the market for air-launching small satellites. AP

WASHINGTON, United States – The world’s largest airplane — a Stratolaunch behemoth with two fuselages and six Boeing 747 engines — made its first test flight on Saturday in California.

The mega jet carried out its maiden voyage over the Mojave desert.

Today the #Stratolaunch aircraft flew for 2.5 hours over the Mojave Desert, reaching a top speed of 189 mph. Check out the historic flight here: #StratoFirstFlight pic.twitter.com/x29KifphNz

It is designed to carry into space, and drop, a rocket that would, in turn, ignite to deploy satellites.

It is supposed to provide a more flexible way to deploy satellites than vertical takeoff rockets because this way all you need is a long runway for takeoff.

READ:  US Aviation Agency Defends Its Vetting of Plane Involved in Crashes

It was built by an engineering company called Scaled Composites.

What an incredible morning for the Stratolaunch team! Thank you to our partners at @ScaledC for their hard work.

The aircraft is so big its wingspan is longer than a football field, or about 1.5 times that of an Airbus A380.

The plane flew Saturday for about two and a half hours, Stratolaunch said. Until now, it had just carried out tests on the ground.

“Today’s flight furthers our mission to provide a flexible alternative to ground-launched systems,” he added.

Stratolaunch was financed by Paul Allen, a co-founder of Microsoft as a way to get into the market for launching small satellites.

But Allen died in October of last year so the future of the company is uncertain. /cbb