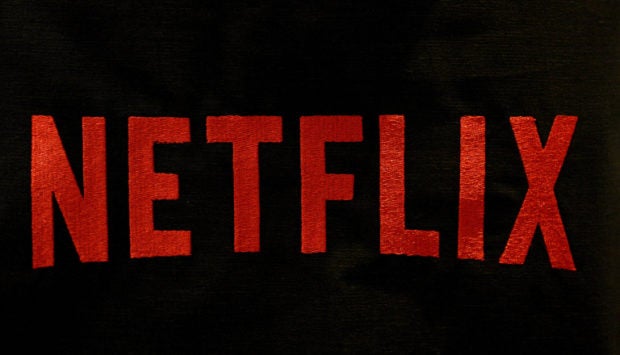 BOSTON — Even in the wake of a recent mixed earning report and volatile stock prices, Netflix remains the media success story of the decade. The company, whose user base has grown rapidly, now boasts almost 150 million global subscribers.

But as someone who studies the television industry, I’ve always wondered how Netflix can provide so much unlimited ad-free content for such a low monthly rate, which currently averages around US$14.

After all, didn’t MoviePass just fall apart using a similar model of offering ad-free content for a monthly subscription fee? And Netflix is burning through cash, with negative cash flow of $3 billion in 2018 alone.

What if we’re looking at Netflix through the wrong lens? What if its primary long-term business model is not as a media content or distribution company, but as a data aggregation company?

Seeing Netflix this way might better explain its current strategy and clue us into the company’s future plans, while raising red flags about ethics and privacy.

For a century of screen entertainment, there were only a few ways for Americans to pay for media:

You could purchase a book, album or DVD, “lease” a movie theater seat or rent a tape at a video store;

You could pay with your attention by consuming ads alongside “free” radio or television programming;

Or you could subscribe to cable TV, and pay a large monthly fee to access an array of scheduled programming.

Netflix doesn’t follow any of these three models. Instead it most resembles HBO’s subscription service, which similarly provides ad-free original programming alongside a library of older content for a monthly fee.

While they may seem analogous, there are key differences. HBO is part of a larger media company, which gives it access to vast content libraries. And even though HBO charges more than Netflix, it spends far less for original content. In 2017, HBO spent $2.5 billion to Netflix’s $8 billion. The latter’s spending grew to $13 billion in 2018.

Relying on subscribers, not ads

Pouring money into content might generate hits, but not direct profits: Netflix’s sole revenue stream is subscriptions, so its primary goal is to gain and retain subscribers. Having popular content generates buzz, and Netflix hypes its brand by using self-reported numbers to claim that its original films and series like “Bird Box” and “Sex Education” attract millions of viewers. Yet Netflix only yields the same monthly fee per household, regardless of how much subscribers watch.

This makes Netflix distinct from other media companies that use highly profitable hits to generate revenue. This will then subsidize the production of new films, television shows, albums and video games.

Netflix needs to produce and acquire desirable content to make the service indispensable. But making original content is expensive. Hiring talent and producing movies and television series costs the company more than $15 billion annually. Netflix spends much more cash than it brings in, leading to consistent negative cash flow and a mountain of debt that amounts to more than $10 billion.

Even though it reported a record $1.2 billion in profit in 2018, those profits are based on an accounting model that ignores many costs and debts. This has led some financial analysts, like NYU professor Aswath Damodaran, to believe that Netflix’s business model is unsustainable.

“The more Netflix grows,” he wrote last fall, “the more its costs grow and the more money it burns. I’m not sure how it’s ever going to turn that around.”

So with only one stable, inflexible revenue source, how might Netflix’s business model become more sustainable?
More analogous to Facebook?

One theory is that Netflix is playing the long game, pitting itself against social media companies like Facebook and YouTube, rather than just film studios or TV networks.

Media commentator Matthew Ball argues that Netflix is in a race with the social media giants to occupy “every minute of leisure time available.”

Yet Netflix’s financial model is the inverse of Facebook’s and YouTube’s. The social media giants generate huge advertising revenues from free, user-generated content. Perhaps Netflix could balance content costs with higher subscription fees and its growing global user base. It seems unlikely, however, that this model could lead to anything beyond small profit margins.

But what if the parallel between Netflix and Facebook runs deeper than cost and revenue?

From its inception as a DVD rental service, Netflix has touted its competitive advantage through its algorithm – the predictive engine that claims to deliver the most user-specific content from its vast library. Netflix has always been a technology firm first and foremost, invested in mining its library of vast user data to deliver what viewers want to watch.

For instance, the Netflix engineering team strives “to have customers click on a show in the first 10 seconds.” Such obsessive interface tweaking helps promote programming – as Ball notes, “the most valuable real estate in the world is the top fold of Netflix home page.” But it doesn’t generate revenue.

RELATED TOPICS
Streaming Wars Heat up as Rivals Queue up to Challenge Netflix
CinemaCon: From Disney to Netflix on What’s Next
Marie Kondo Method Based Netflix Series Inspires Decluttering Frenzy

This emphasis on viewing optimization, internal promotion and maximizing engagement resonates with another recent Netflix offering: the “Black Mirror” episode “Bandersnatch.” Netflix’s highest-profile experiment in interactive narrative, “Bandersnatch” allows viewers to choose how the story unfolds from dozens of options.

Netflix collects data from viewers of “Bandersnatch,” charting the narrative choices they made during the episode. Such viewer activity feeds into Netflix’s tracking efforts that it uses to make programming decisions and customize promotion to each subscriber.

A logical next step would be product integration. Based on your choices within the narrative around specific brand names, Netflix could then sell customized micro-targeted product placements within programs – a strategy that could actually lead to increased revenue.

A data gold mine?

Based on all we know about Silicon Valley’s aggressive monetization of user data, what else could Netflix do, beyond product integration, with this valuable information?

Netflix logs everything you have ever watched and how you watch – every time you pause, what programs you consider watching but choose not to and when you’re most likely to binge on “Friends” reruns.

When linked to website trackers, Netflix could, for example, cross-reference that viewing data with your social media accounts, your purchasing habits, your search history and even your emails.

In the age of surveillance capitalism, such data could be worth a fortune to marketers, political campaigns and advertisers.

As far as we know, Netflix has not started using its data to track us online, package us to marketers or cross-reference our private messages (even though Facebook has provided Netflix access to this information). And I doubt Netflix will violate its core brand by incorporating ads into its interface. Partnering with or acquiring a marketing firm to suffuse every subscriber’s online experiences with micro-targeted ads seems more likely.

All of these potential uses of viewing data are still speculative. But since profits regularly eclipse tech companies’ ethical standards, it’s important to be asking these questions before, rather than after, the damage is done.