EU court advisor sides with Airbnb in row in France 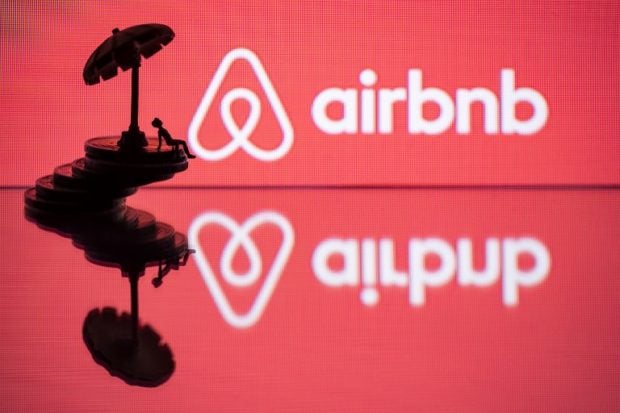 This illustration picture taken in Paris on August 29, 2018, a toy umbella and a figurine on coins next to the logo of rental website Airbnb. AFP FILE PHOTO

LUXEMBOURG — The legal advisor to the EU’s top court sided with Airbnb on Tuesday as the home-sharing giant faces legal action in France aimed at restricting its services.

In 2017, a Paris prosecutor acted on a hotel association’s complaint and charged Airbnb with violating the so-called Hoguet Law regulating the activities of real estate agents.

Airbnb, whose EU offices are in Ireland, denied acting as a real estate agent and said the Hoguet law is incompatible with an EU directive on “information society services”.

At this bookstore-turned-Airbnb in Scotland, you get to sell books by day and sleep upstairs by night.

An investigating judge in the French capital then asked the European Court of Justice in Luxembourg to give a preliminary ruling on how to interpret the law.

“A service such as that provided by the Airbnb portal constitutes an information society service,” advocate general Maciej Szpunar said.

Szpunar added that France had failed to comply with procedures by moving to restrict an information society service in another member state, in this case Ireland.

He found no indication that France, where the hotel industry lobby group AhTop brought the legal action, had first asked Ireland to take restrictive measures.

Nor did it appear that France first notified the European Commission, the 28-nation EU’s executive arm, of its intention to restrict the free flow of such so-called information society services.

Its failure to notify Brussels “entails the sanction of unenforceability of a measure against the provider of those services,” he said.

“The directive precludes a Member State from being able to restrict, in such circumstances and in such a manner, the free movement of information society services from another Member State,” Szpunar concluded.

His opinion is not binding on the Court of Justice, whose preliminary ruling is likely to be handed down in the next few months.