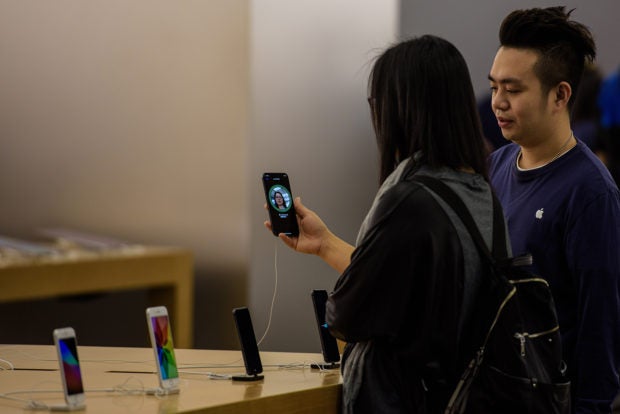 What will the next generation of the iPhone look like? Image: AFP/Anthony Wallace via AFP Relaxnews

As time is drawing closer to the launch of Apple’s next iPhone lineup, rumors, leaks and renders continue to crop up, building up an idea of how the next collection of smartphones will look. The latest leak comes from Bloomberg’s Mark Gurman who published a photograph displaying a series of iPhone case moldings.

In January, tech leaker OnLeaks published a series of what were purportedly 5K renders of the upcoming tentatively named iPhone 11 and iPhone 11 Max, showing devices with a strange, square camera bump.

Last week, these images were followed up by renders said to depict the next iPhone XR which will allegedly have a similar rear design. The latest leak comes from Bloomberg’s Mark Gurman who on Sunday, May 12 shared an image of the upcoming iPhones’ respective case moldings.

Alleged next iPhone case moldings show what we discussed in our story last week in terms of new cameras. 3 on the high end, 2 on the new XR. Plus all models apparently getting a square, at least based on this one mold floating around. https://t.co/BhAFTZZL6u pic.twitter.com/QlNJTsApzX

This photograph backs up the OnLeaks renderings right down to the lenses. Both iterations of the iPhone 11 are expected to have three cameras set up in a triangular pattern while the next iPhone XR will have just two cameras on the back. This design is likely due to a rear camera upgrade, though it has not been revealed exactly what that entails.

Despite the molds offering very few details about the devices apart from the camera blueprint, they provide phone case manufacturers with enough information about general device schematics to allow them to test out their product for compatibility.

Since nearly all iPhones have been launched in September of their respective model year, we can expect to see these devices make their debut during September of this year, as well. HM/JB

The good, bad and the unknown of Apple’s new services