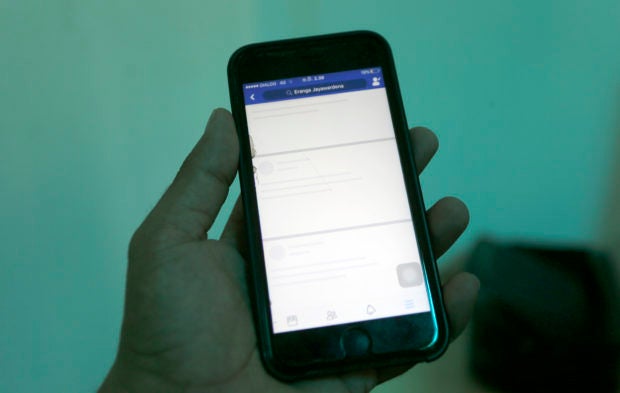 In this March 7, 2018 file photo, a blocked Facebook window is seen on a smart phone screen in Colombo, Sri Lanka. Sri Lanka’s government has temporarily blocked social media and messaging apps following a flare-up of communal violence, the third time it has taken such a step since last month’s Easter attacks that killed more than 250 people, an official said Monday. AP

Acting police chief C.D. Wickramaratne said the violence started with a few shops being stoned in the North Western town of Kuliyapitiya on Sunday. It was soon brought under control, but on Monday mobs carried out violence on a bigger scale, he said.

READ: The Many Benefits of a Social Media Detox. Is It Time?

“This small group must stop the dangerous game they play against the lives and property of innocent people,” Wickramaratne said in a televised statement. “We won’t allow the country being led to anarchy by those who impose their strength on unarmed, innocent civilians.”

He warned that those arrested for breaching the law could be sentenced to up to 10 years in prison.

Prime Minister Ranil Wickremesinghe said in a speech to the nation that security forces had brought the violence under control but the government decided to impose the curfew to stop the violence from spreading to other parts of the country.

Police said the curfew would be enforced until further notice in the country’s North Western region, and until Tuesday morning in the rest of the nation.

Tensions have been running high in the Buddhist-majority Indian Ocean island nation since the attacks by seven suicide bombers who struck two Catholic and one Protestant church and three luxury hotels. The Islamic State group claimed responsibility for the attacks, carried out by a local radicalized Muslim group.

Muslims have been subjected to hate comments since the Easter Sunday bombings.

The government imposed the social media ban after an exchange of accusations between two people on Facebook led to a mob to attack a Muslim-owned shop Sunday in the Catholic-majority town of Chilaw, said Nalaka Kaluwewa, the chief of the Information Department.

Kaluwewa said the government took the step “to prevent misinformation from being circulated and also to prevent spreading of information that would harm communal harmony.”

Previous blocks on social media and messaging apps imposed following the April 21 suicide attacks on churches and hotels were lifted after several days.

Local media reported that residents in the area angered by the comments stoned Hasmar’s shop.

The government has intensified security across the country, with police and troops deployed to protect schools, churches and key government offices.

On Sunday, the Catholic Church held the first regular Sunday Mass since the attacks amid tight security. Sunday services had been canceled the two previous weekends for fear of more attacks, leaving the faithful to hear Mass via live TV transmission from the residence of Cardinal Malcolm Ranjith, the archbishop of Colombo.