Facebook use eroding in US as social media under pressure 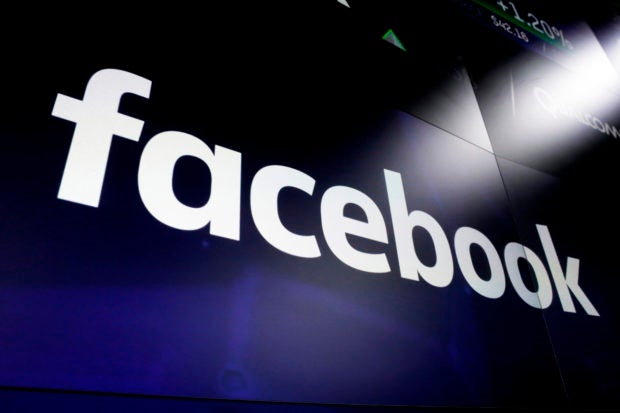 SAN FRANCISCO — Facebook’s efforts to crack down on misinformation and sensational content have reduced the time spent at the leading social network eroding, researchers said Tuesday.

The average amount of time US adults spent at Facebook dropped by three minutes per day last year and will likely decrease by another minute next year, to a total of 37 minutes daily, according to the research firm eMarketer.

The report suggests that Facebook chief Mark Zuckerberg’s efforts to focus on safety and remove divisive and hateful content could be having an economic impact.

“Facebook’s continued loss of younger adult users, along with its focus on down-ranking clickbait posts and videos in favor of those that create ‘time well spent,’ resulted in less daily time spent on the platform in 2018 than we had previously expected,” said eMarketer principal analyst Debra Aho Williamson.

“Less time spent on Facebook translates into fewer chances for marketers to reach the network’s users.”

Money taken in from digital ads are the leading source of revenue at Facebook, which has 2.4 billion monthly active users around the world.

A bright spot for Facebook is that daily US engagement is creeping up at its image and video focused social network Instagram, where eMarketer expected it to rise a minute this year to 27 minutes and then another minute per year through 2021.

RELATED TOPICS
Facebook and Fake News: “Digital Gangsters” Who Spread Fake News
How Much Is Too Much? Facebook’s Never-Ending Battle Against Bots
Facebook Sues Company Over Selling Fake Likes

“Features like Stories, influencer content and video are all contributing to more engagement and a slow but steady uptick in time spent on Instagram,” Williamson said.

Meanwhile, time people in the US spend at Instagram rival Snapchat has seemingly plateaued at 26 minutes daily, with an application redesign failing to boost engagement, according to eMarketer.

A broader trend seen last year was for Americans to spend less time at online social networks, and the overall engagement was expected by eMarketer to remain unchanged this year at almost one hour, 14 minutes per day.

“Though we can’t say there is a direct cause-effect relationship, these activities do at least threaten users’ engagement with social media.”

TOPICS: Facebook, Social Media, technology, US
Read Next
Apple unveils first new iPod model in four years
EDITORS' PICK
BFP raises general alarm over Mandaluyong fire
Someone from the Philippines can become $356 Million richer this Tuesday
Cherry Mobile teams up with Cloud Panda PH, launches online store
Leveling up your ‘lutong bahay’ with the kitchen companion you never knew you needed
Bato de la Rosa, Risa Hontiveros back bill increasing female recruitment quota in PNP
Quarantine violations still punishable despite deleted provisions in ‘Bayanihan 2’ – Bato dela Rosa
MOST READ
‘If I had not been SolGen, I will make you eat your words,’ Calida tells Coco Martin
51 percent of German firms holding back investments in PH, but not because of COVID-19
5 car dealership outlets shutting down
Quarantine passes no longer required under GCQ, but curfew remains
Don't miss out on the latest news and information.