Huawei a key beneficiary of China subsidies that US wants ended 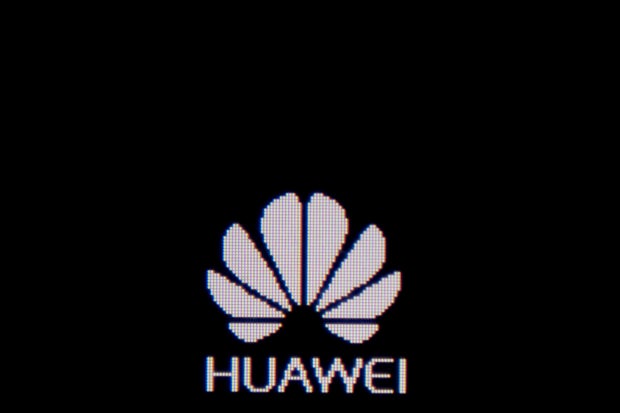 BEIJING — A replica of the Palace of Versailles, medieval turrets, and spires rise across Huawei’s new campus in southern China, a monument to the telecom giant’s growing fortune — and the benefits of state aid.

The fairytale-like facilities rest on land that was sold by the local government at cut-rate prices to woo and bolster a strategic, high-tech company like Huawei.

It is the kind of government largesse that has fanned US frustrations at China’s industrial policies — subsidies are a sticking point in protracted trade talks between the world’s top two economies.

Huawei has become a major flashpoint in the trade war, with President Donald Trump taking steps to block the company’s dealings with US companies, threatening its global ambitions.

With the dispute shining a spotlight on China’s technological shortcomings, the subsidies are a window into the kind of measures Beijing may step up as trade negotiations founder.

Huawei’s annual reports and public records show that it has received hundreds of millions of dollars in grants, heavily subsidized land to build facilities and apartments for loyal employees, bonuses to top engineers, and massive state loans to international customers to fund purchases of Huawei products.

“Below market price land sales, massive targeted R&D grants, and export financing on terms that are more favorable than what Huawei could get from the private sector collectively appear to provide significant subsidies that other countries could challenge at the WTO if they are harming domestic companies,” said Claire Reade, a former assistant US trade representative.

Huawei founder Ren Zhengfei had denied that the company received subsidies in a BBC interview in February, but a Huawei spokeswoman later said Ren meant the firm did not receive any special government aid.

“Like other companies, Huawei receives research subsidies from governments in several jurisdictions,” the spokeswoman told AFP.

Over the past 10 years, Huawei has received 11 billion yuan ($1.6 billion) in grants, according to its annual reports.

More than half was given by China as “unconditional government grants” because of the firm’s “contributions to the development of new high-technology” in China, according to Huawei’s 2009 annual report.

Even some of Huawei’s top engineers receive bonuses through government programs: more than 100 of them received hundreds of thousands of dollars from the city of Shenzhen last year.

Heavily subsidized land is often used by local governments in China to bring in companies.

Huawei’s European-inspired campus was zoned for research by the Dongguan city government, and because of Huawei’s status as a top Chinese company, it received the 127 hectares of land at about one-tenth the cost of nearby residential land.

The city also sold bargain-rate lakeside land to the firm to build upwards of 20,000 employee apartments around its campus in a series of engineered auctions producing a single bidder: a Huawei subsidiary.

At the Huawei Lakeside Garden complex, Huawei employees who stick around for three years and meet other metrics will be able to purchase their apartments at about one-third of the price their neighbors pay.

Outside China, the country’s state policy banks have provided financing to boost Huawei’s sales to the developing world — at times leaving the state on the hook when risky loans go bad.

Huawei inked a $10 billion credit line with the China Development Bank (CDB) in 2004 to provide low-cost financing to customers buying its telecom gear. It was tripled to $30 billion in 2009.

China’s demand for infrastructure, including communications and internet gear, is not as high as it used to be, said CDB President Zheng Zhijie, so “what can we do with the excess production capacity? We can only send it abroad”.

“We may give you loans to buy Chinese equipment or materials, but there must be a Chinese element,” Zheng told AFP of his bank’s loans to help Chinese firms expand abroad.

Since 2015 China has provided more funding each year to support its exports than the OECD’s 36 member-nations combined, according to US Export-Import Bank data.

In late 2015, then struggling Oi S.A., Telemar’s parent company, dispatched an executive team to China to seal a deal with the CDB for $1.2 billion in even cheaper loans — half to buy Huawei gear, and half to refinance debt — with its original loan still on Oi’s books.

Six months later Oi filed for Brazil’s largest ever bankruptcy. The CDB was owed $650 million, and under new terms will not see payments until 2023 at an even lower set interest rate.

Nevertheless, Oi is working with Huawei to prepare for 5G.

Similarly, Indian wireless provider Reliance Communications filed for bankruptcy this spring with the CDB and the Export-Import Bank of China among its largest lenders, while Huawei competitor Ericsson has been left battling for its debts in court.