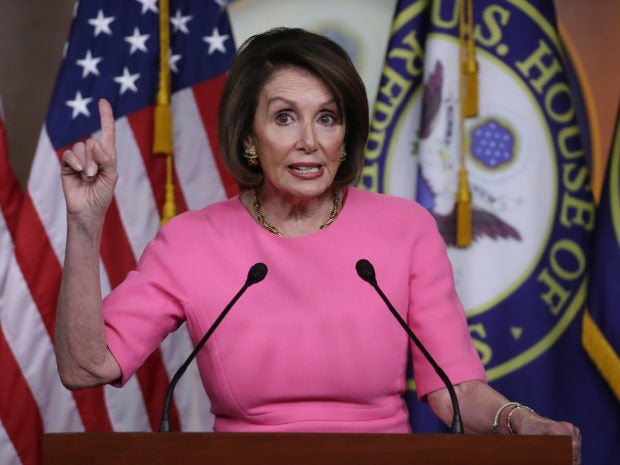 SAN FRANCISCO — US House Speaker Nancy Pelosi on Wednesday lashed out at Facebook for refusing to block the sharing of a video doctored to make her appear drunk or impaired.

The video clip of Pelosi, which was tweeted by President Donald Trump last week and shared feverishly by his supporters, was edited to make it appear that the powerful Democratic politician was stammering, slurring her words and maybe even intoxicated during a press conference.

She has called on Facebook to block the video, but the social network has refused.

“Facebook knows that this is false,” Pelosi said in a transcript of an interview with the KQED public broadcaster, which her office provided in response to questions from AFP.

“They’re lying to the public.”

Pelosi added that Facebook’s decision to allow posting of the blatantly misleading video calls into doubt whether the social network was as unaware as it claims of Russian manipulation of the platform that helped Trump win the White House in 2016.

“I believe that Facebook has proven by not taking down something they know is false that they were willing enablers of the Russian interference in our elections,” Pelosi said.

But Facebook is quoted in media reports as saying that the social network’s news feed ranking of the video clip sank and that it was tagged with an alert saying it is false after independent fact checkers confirmed that was the case.

Facebook co-founder and chief Mark Zuckerberg has repeatedly argued that rules regarding boundaries of free speech should be set by governments and societies, not private companies such as Facebook.

YouTube told AFP it has blocked the doctored Pelosi video clip because it violates the Google-owned video sharing service’s policies regarding acceptable content.

“These videos violated our policies and have been removed,” a YouTube spokesperson told AFP.

“They also did not surface prominently. In fact, search results and watch next panels about Nancy Pelosi include videos from authoritative sources, usually at the top.”

The video was apparently intended to discredit Pelosi, Trump’s congressional nemesis, who said that the effort had missed the mark.

“I don’t even drink,” Pelosi said.

“You can chalk it up to chocolate, I don’t drink alcohol. So everyone was laughing… they picked the wrong person in that regard.”