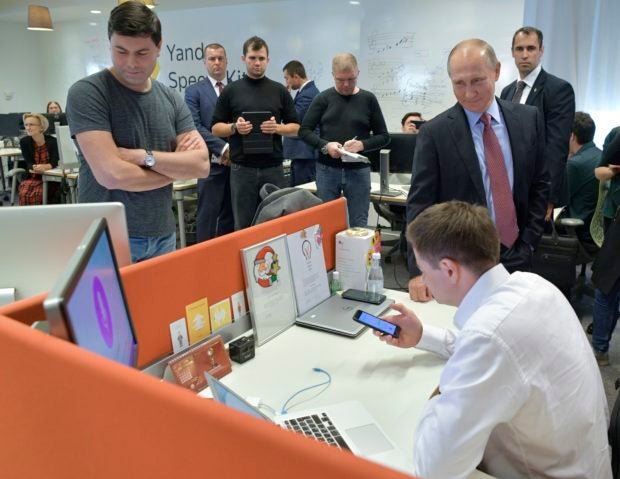 MOSCOW — Russia’s leading internet company said Tuesday that it’s committed to data privacy as it responded to reports that the national intelligence agency is pressuring it into handing over encryption keys.

Arguably Russia’s most successful internet company, privately owned Yandex is vulnerable to the 2016 law that requires online companies to store all personal user data in Russia and be prepared to share it with authorities.

Leading business daily RBC wrote Tuesday that Yandex has been under pressure by the intelligence agency FSB to hand over encryption keys to its email service and file hosting service.

Yandex, which runs Russia’s most popular search engine and email service, among other things, did not refute the reports, saying merely that concerns over national security should not infringe on user privacy.

“It is possible to comply with the law without violating user privacy, and we believe that it is important to respect the balance between security and user privacy,” Yandex said in the statement.

Russia has adopted a flurry of laws in recent years expanding the government’s control over the internet. One of the laws gave officials, including the FSB, a free hand in requesting user data from internet companies.

Yandex’s statement came a day after the Russian communications regulator said that it is now requiring dating app Tinder to hand over data on its users.

In what has been regarded as a test case for what happens to a company unwilling to cooperate with the government, Russian authorities last year issued an order to ban messaging app Telegram after it refused to hand over user data.

Despite authorities’ attempt to block Telegram, it is still available in Russia.