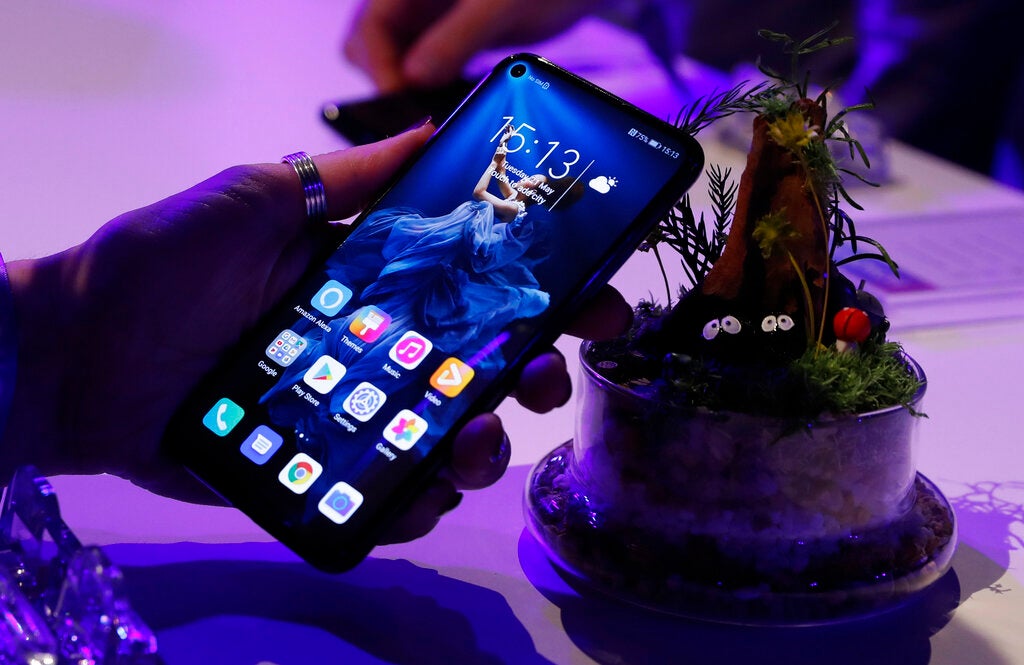 In this Tuesday, May 21, 2019 file photo, a member of the media tries out new Huawei Honor 20 series of phones following their global launch in London. Facebook has stopped letting its apps come pre-installed on smartphones sold by Huawei to comply with U.S. restrictions, dealing a fresh blow to the Chinese tech giant. (AP)

LONDON — Facebook said Friday it has stopped letting its apps come pre-installed on smartphones sold by Huawei in order to comply with U.S. restrictions, a move that deals a fresh blow to the Chinese tech giant.

The social network said it has suspended providing software for Huawei to put on its devices while it reviews recently introduced U.S. sanctions.

Owners of existing Huawei smartphones that already have Facebook apps can continue to use them and download updates.

Facebook’s move is the latest fallout in the escalating U.S.-China tech feud.

The Commerce Department last month effectively barred U.S. companies from selling their technology to Huawei and other Chinese firms without government approval. China’s Commerce Ministry responded this week by warning it would release its own list of “unreliable” foreign companies in the near future.

U.S. officials are pressing their global campaign to blacklist Huawei, the world’s No. 1 network equipment provider and second-largest smartphone maker. They say Beijing could use the company’s products for cyberespionage, though they haven’t presented evidence of intentional spying.

Google, which makes the Android operating system used by Huawei, has already said that while it would continue to support existing Huawei phones, future devices won’t come with its flagship apps and services, including maps, Gmail and search. Only basic services would be available for future versions of Android.