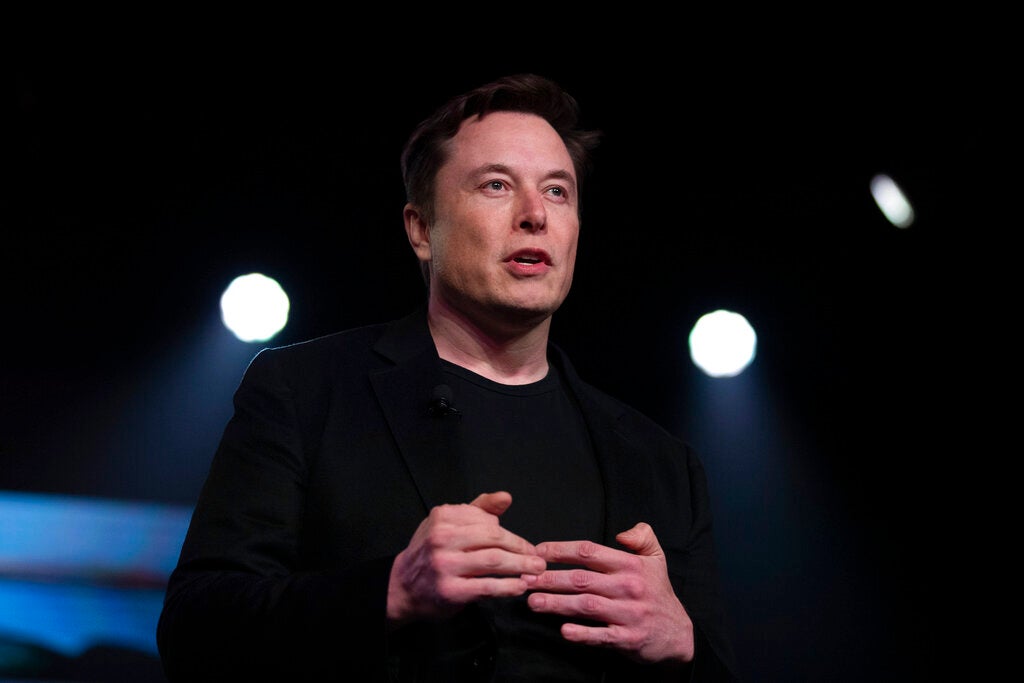 SAN FRANCISCO  — Tesla CEO Elon Musk abruptly revealed that he is closing the popular Twitter account that has repeatedly landed him in legal trouble, but then proceeded to keep it open long after announcing he had deleted it.

The mixed messaging began to unfold Sunday when Musk changed his Twitter handle to DaddyDotCom in apparent homage to Father’s Day. Then he signaled in a tweet that he was scrapping the account. But 17 hours later, the account remained open under its old “elonmusk” handle with 27 million followers.

Tesla didn’t immediately respond to a request for comment and Musk hadn’t explained his earlier tweets on Twitter as of Monday afternoon.

Musk has used his Twitter account to pull pranks and make baffling changes in the past. In February, for instance, he suddenly changed his handle to “elontusk.” When Musk was later asked during a conference call with reporters why he made that change, he confessed: “I was just playing the fool on Twitter.”

Musk’s apparent intention to leave Twitter after a decade on the social media service attracted widespread attention largely because his account has turned into a hornet’s nest during the past year.

The biggest flap occurred last August when he tweeted that he had lined up the financing necessary to buy Tesla in a buyout that would have likely cost more than $20 billion, causing the electric car maker’s stock to swing wildly. An offer never materialized, and the Securities and Exchange Commission later accused Musk of using Twitter to mislead investors.

Musk denied the allegations, but he and Tesla eventually reached a $40 million settlement with the SEC after regulators threatened to seek his ouster as the company’s CEO. Instead, Musk agreed to step down as Tesla’s chairman for at least three years and also stipulated that his tweets tied to the company be prescreened for accuracy.

Twitter got Musk into trouble again in February when the SEC alleged a tweet about how many cars Tesla will manufacture this year represented another misleading statement and sought to hold him in contempt of court for violating the settlement. That resulted in a new settlement that is supposed to put even tighter controls on Musk’s tweets about the company.

Musk also is embroiled in a defamation lawsuit for a tweet that described a British diver involved in a rescue of boys trapped in an underwater cave in Thailand as a pedophile. That tweet, posted last July, has since been deleted, and Musk is now fighting the lawsuit filed by Vernon Unsworth in a Los Angeles state court.