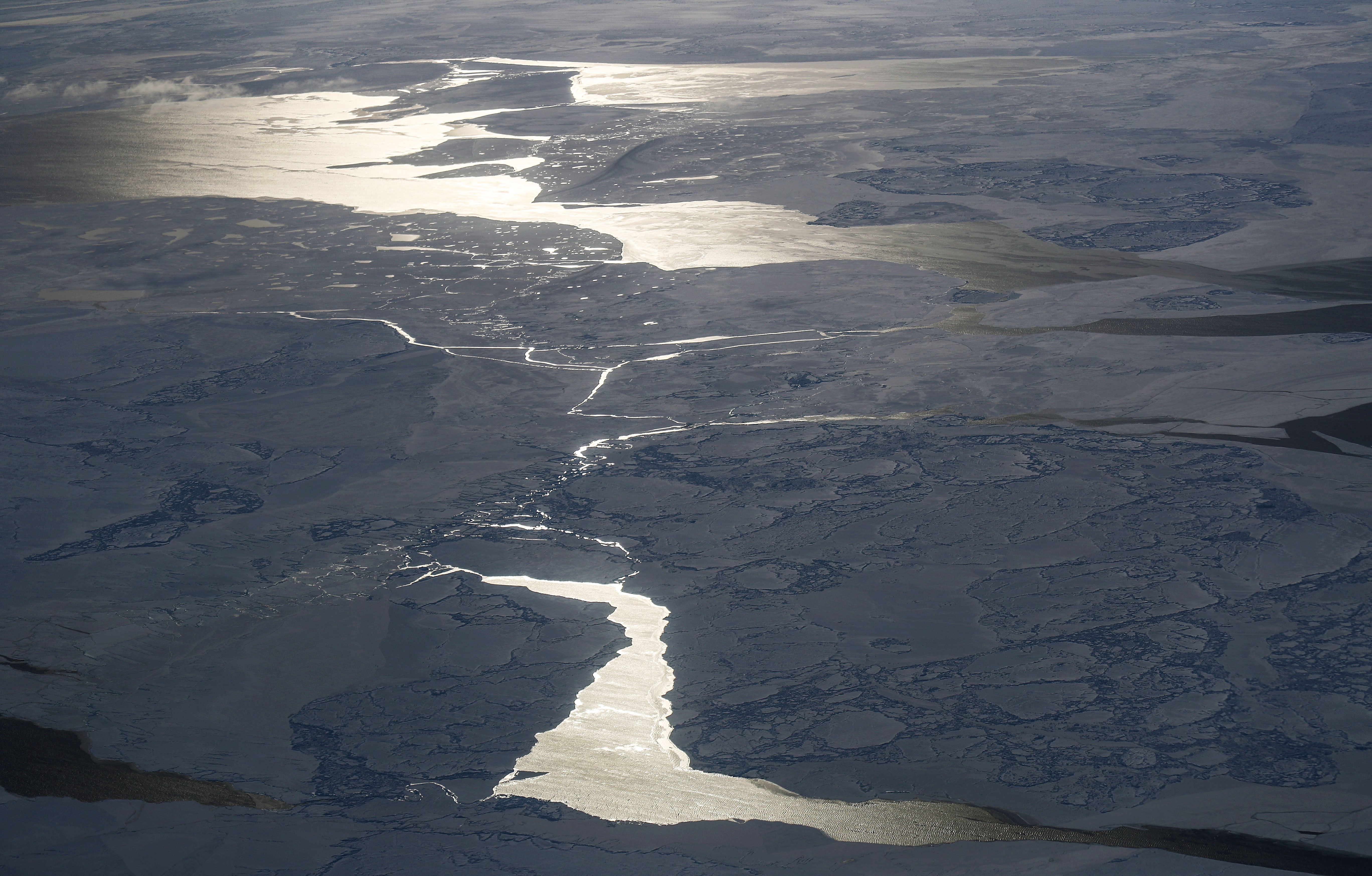 IN FLIGHT, GREENLAND – MARCH 30: Sea ice is seen from NASA’s Operation IceBridge research aircraft off the northwest coast on March 30, 2017 above Greenland. Scientists have said the Arctic has been one of the regions hardest hit by climate change. Mario Tama/Getty Images/AFP

WASHINGTON — Greenland’s ice sheet may have completely melted within the next millennium if greenhouse gas emissions continue at their current rate, according to a new study with implications for sea-level rise around the world.

“If we continue as usual, Greenland will melt,” said lead author Andy Aschwanden, a research associate professor at the University of Alaska Fairbanks’ Geophysical Institute.

It is the most recent warning about warming in the world’s coldest regions.

“What we are doing right now in terms of emissions, in the very near future, will have a big long-term impact on the Greenland ice sheet, and by extension, if it melts, to sea level and human society,” Aschwanden said.

The study, which used data from NASA’s Operation IceBridge airborne campaign and was published in Science Advances, is the latest to suggest a much greater rate of melt than was estimated by older models.

The model relies on more accurate representations of the flow of “outlet glaciers,” river-like bodies of ice that connect to the ocean.

“Outlet glaciers play a key role in how ice sheets melt, but previous models lacked the data to adequately represent their complex flow patterns,” NASA said in a statement about the study.

“The study found that melting outlet glaciers could account for up to 40 percent of the ice mass lost from Greenland in the next 200 years.”

As ocean waters have warmed over the past two decades, they have melted the floating ice that once shielded the outlet glaciers.

As a result, “the outlet glaciers flow faster, melt and get thinner, with the lowering surface of the ice sheet exposing new ice to warm air and melting as well.”

In the next 200 years, the ice sheet model shows that melting at the present rate could contribute 48 to 160 centimeters (19 to 63 inches) to global sea level rise, 80 percent higher than previous estimates.

In October, the UN’s Intergovernmental Panel for Climate Change (IPCC) reported that avoiding global climate chaos will require a major transformation of society and the world economy that is “unprecedented in scale,” and warned time is running out to avert disaster.  /muf