Jony Ive, the designer behind the iPhone, is leaving Apple 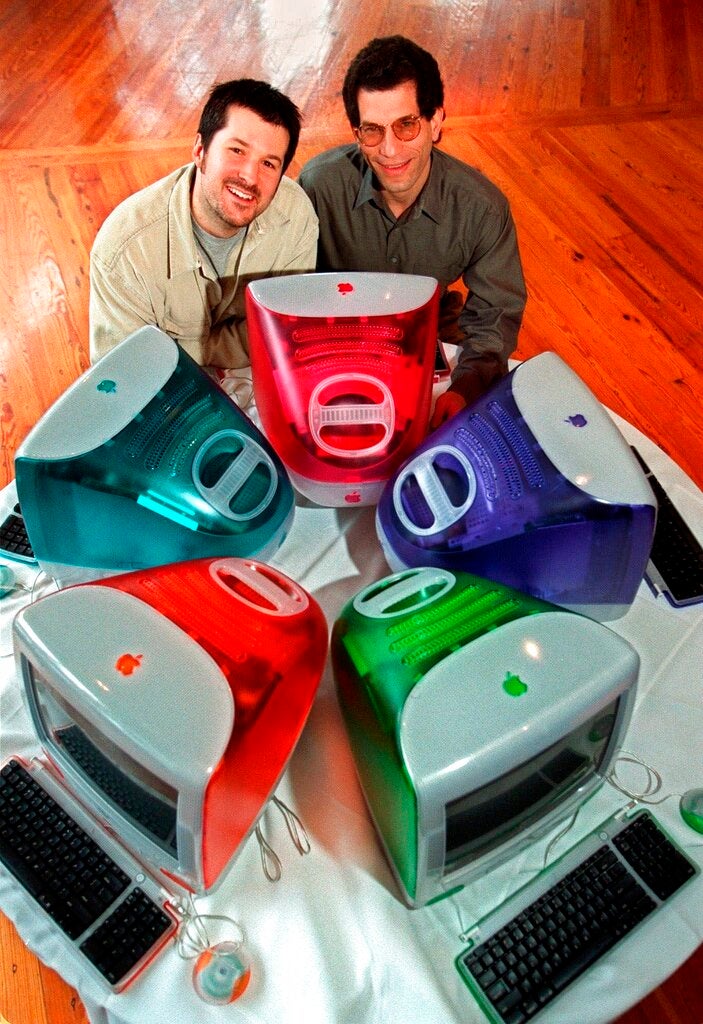 SAN FRANCISCO — The man behind the iconic designs of the iPhone, iMac and iPad is leaving Apple.

Chief Design Officer Jony Ive is departing after more than two decades at Apple to start his own design firm, the company said Thursday.

But he’s not completely severing ties with the company he has worked at for nearly 30 years. Apple said it will be one of Ive’s clients at his new firm.

The Cupertino, California, company did not give an exact date for his departure.

Ive has been a fixture on Apple’s design team since the early 1990s and is known for shaping Apple’s signature rounded, stylish designs.

He is often pointed to as the visionary behind what set Apple apart from its competitors — technology that didn’t just look like boxes of wires, but that was fashionable and trendy.

Ive joined the company in 1992 as a young senior designer. Apple’s co-founder and longtime leader Steve Jobs was in the midst of his 12-year exile at the time, and upon his return he named Ive senior vice president of industrial design.

The pair were known to work closely together in the decades before Jobs’ death in 2011 — once, Jobs referred to Ive as his “spiritual partner.”

Walter Isaacson, who wrote the 2011 biography “Steve Jobs,” quotes the Jobs describing Ive as “wickedly intelligent in all ways.”

“He gets the big picture as well as the most infinitesimal details about each product. And he understands that Apple is a product company. He is not just a designer,” Jobs told Isaacson. “He has more operational power than anyone else at Apple except me.”

The name for Ive’s new design company, LoveFrom, comes from something Jobs once said to him, Ive told the Financial Times in an interview published Thursday.

Jobs said making something with “love and care” was a fundamental component and doing so meant you were “expressing your gratitude to humanity, to the species.”

“I so identified with that motivation and was moved by his description,” Ive said.

Ive, Isaacson wrote, is a fan of the German industrial designer Dieter Rams, who “preached the gospel of ‘less but better.'” Apple’s designs, led by Ive, have become synonymous with elegant simplicity.

“Simplicity isn’t just a visual style,” Ive told Isaacson. “It’s not just minimalism or the absence of clutter. It involves digging through the depth of the complexity. To be truly simple, you have to go really deep.”

Ive was eventually promoted to his head of design role, where he shaped the simplistic and people-friendly phones and computers for which Apple has become known. Ive had a say in it all, from the bright, rounded iMacs of the 1990s to the sleek, silver and black iPhones of today.

Ive, who grew up outside London, was knighted at Buckingham Palace in 2012. He studied design at Newcastle Polytechnic (now Northumbria University) in Newcastle, England, and founded his own design company called Tangerine — work that would lead him to Apple.

He won’t be immediately replaced. Two of his deputies will report directly to the company’s chief operating officer, Jeff Williams, who has led the development of the Apple Watch.

TOPICS: Apple, design, iMac, Ipad, iPhone, Jony Ive, Steve Jobs
Read Next
NASA will fly a drone to Titan to search for life
EDITORS' PICK
SM continues to send relief assistance to remote towns in Batangas
‘A greener, cleaner tomorrow’: A how-to guide for Filipinos who want to help with today’s energy crisis
5-year-old Chinese boy in Cebu tests negative for novel coronavirus
Get exciting deals and discounts when you download the new McDonald’s App
China expands lockdowns to 25M people to halt viral outbreak
DOH: Second person ‘under investigation’ for 2019-nCoV in Tacloban City
MOST READ
Dina Bonnevie on Coney Reyes: We have forgiven each other
172 Chinese tourists arrive in Bohol
Philippines orders 12 helicopters from Russia—Duterte
Duterte: China, Russia have respect for PH sovereignty
Don't miss out on the latest news and information.