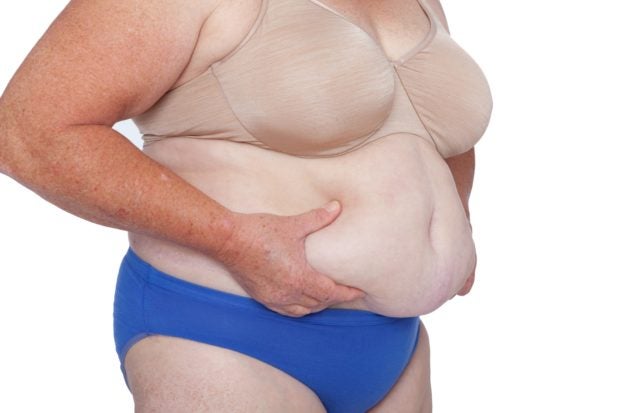 Post-menopausal women who carry weight around their middle may have a higher risk of cardiovascular disease, according to new research. Image: iStock/Carla Edwards via AFP Relaxnews

Led by researchers at the Albert Einstein College of Medicine, New York, the new study looked at 2,683 women with a normal body mass index (BMI) who were free of cardiovascular disease at the start of the research and followed them for an average of nearly 18 years.

The findings, published in the European Heart Journal, showed that after taking into account potentially influencing factors, women in the top 25% of those who stored most of their fat around their middle (apple-shaped) had nearly double the risk of heart problems and stroke when compared to the 25% of women with the least fat stored around their middle.

After making their calculations, the team estimated that among 1000 women who kept their leg fat constant but reduced the proportion of fat around the middle from more than 37% to less than 27%, approximately six cases of cardiovascular disease could be avoided each year.

Among 1000 women who kept their fat around the middle constant but increased their leg fat from less than 42% to more than 49%, approximately three cases of cardiovascular disease could be avoided each year.

The new study is the first study to look at the association between where fat is stored in the body and the risk of cardiovascular disease in postmenopausal women with normal BMI, which is defined from 18.5 to less than 25 kilograms per square meter.

However, the researchers stressed that the findings only show that where body fat is stored is associated with the risk of cardiovascular diseases, not a causal relationship.

Lead author Dr. Qibin Qi added that “it is important to note that participants of our study were postmenopausal women who had relatively higher fat mass in both their trunk and leg regions. Whether the pattern of the associations could be generalizable to younger women and to men who had relatively lower regional body fat remains unknown.” HM/JB