US growing largest crop of marijuana for research in 5 years 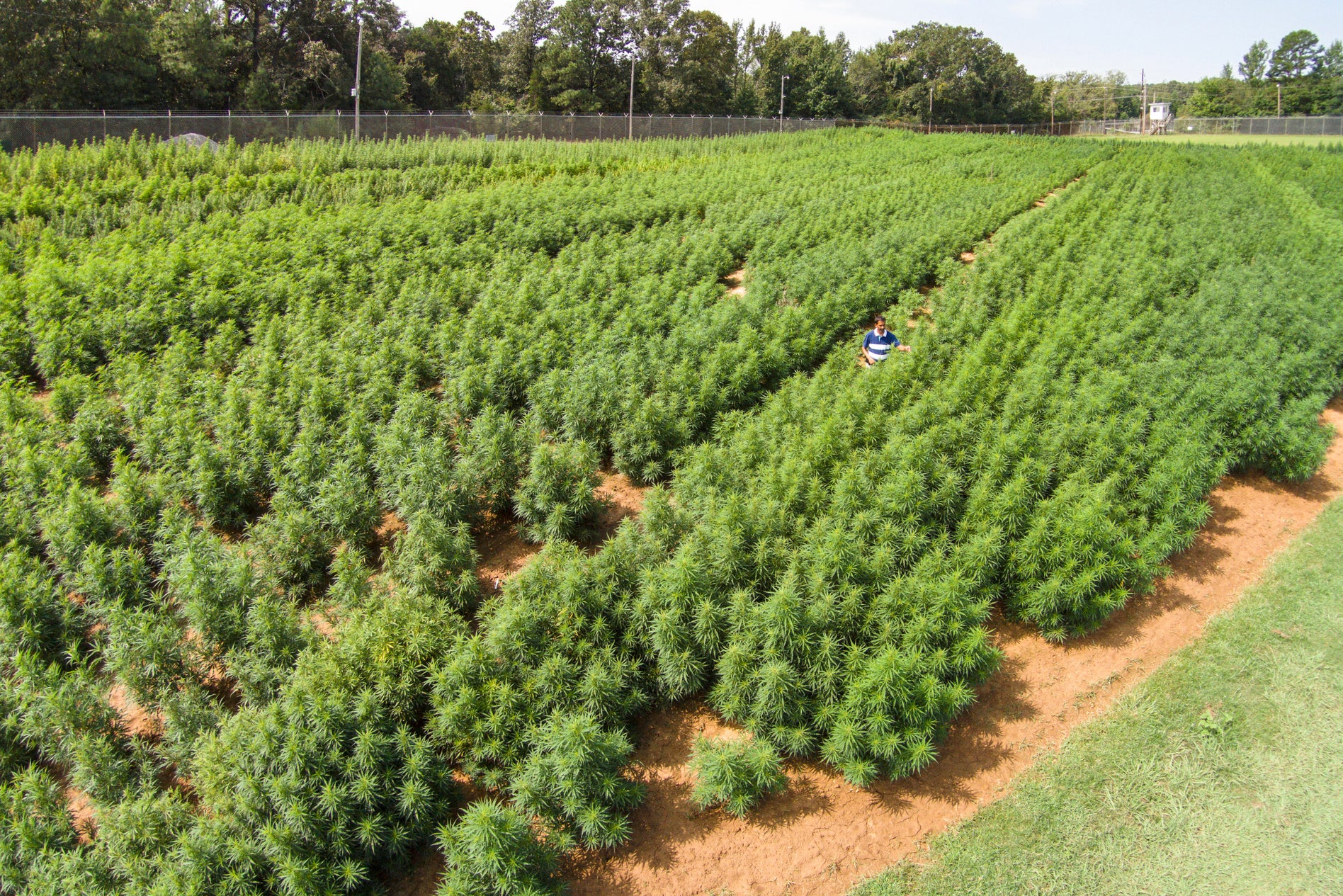 In this 2014 photo provided by the University of Mississippi, Dr. Suman Chandra inspects marijuana plants growing at the Ole Miss medicinal gardens in University, Miss. The plants are used for research under a contract from the National Institute on Drug Abuse. The planned NIDA grow for 2019 will be divided between high THC and high CBD varieties with “recent interest (in CBD) as a potential medicine for a number of medical conditions,” NIDA said. (Robert Jordan/University of Mississippi via AP)

The U.S. government is growing the largest crop of research marijuana in five years, responding to interest in varieties with high levels of THC and CBD.

The government is the only source of pot for nearly all research in the U.S., while it still considers it illegal and dangerous.

Scientists have asked for weed that more closely matches what’s sold in states that have legalized medical or recreational marijuana, the National Institute on Drug Abuse said in an email Thursday to The Associated Press.

The federal agency said it plans to grow 2,000 kilograms (4,409 pounds) this year at the University of Mississippi, which holds the sole federal contract for producing marijuana. That’s enough for 5 million joints, although the government provides the marijuana in different forms.

The crop will be divided between high THC and high CBD varieties with “recent interest (in CBD) as a potential medicine for a number of medical conditions,” NIDA said. The compound THC causes pot’s mind-altering effect; CBD doesn’t get people high.

Last year, a CBD-based drug was approved by federal regulators for two rare seizure disorders and researchers are pursuing research on it for other conditions. Others are focused on THC.

“We want to study what our patients are using,” said University of Colorado Assistant Professor Emily Lindley, who is investigating marijuana with high THC as an alternative to opioids for chronic back pain.

Lindley and other researchers want others besides the University of Mississippi to get federal authorization to grow research pot. The U.S. Drug Enforcement Administration created an application process for growers, but has not acted on more than two dozen applications. In June, Scottsdale Research Institute in Arizona asked the U.S. Court of Appeals for the District of Columbia to order the DEA to process the applications.

“We are still working through the process and those applications remain under review,” said DEA spokeswoman Katherine Pfaff in an email Thursday. She declined to comment on the litigation.

Researchers should be able to obtain material from the new crop in the fall after harvest and analyses are completed, NIDA said.  /muf

TOPICS: marijuana, Research, US
Read Next
AI program beats pros in six-player poker — a first
LATEST STORIES
DAY6 is for everybody
Mos Burger to open in Manila; teases with a pop-up
In ‘Jojo Rabbit,’ Comedy and Drama Collide
How to help the Taal evacuees
Margot Robbie talks about filming ‘Bombshell’s’ disturbing sexual harassment scene
MOST READ
OSG plea to revoke ABS-CBN franchise ‘a duplicitous move’ – Lacson
It’s too early to present Duterte’s ‘legacy’ – Lacson
End of his agony? SC rules in favor of Espinosa, orders promoter heirs to pay boxing legend
Mayweather beats Pacquiao, Canelo for ‘Fighter of the Decade’
Don't miss out on the latest news and information.