Huawei calls on US to lift export restrictions 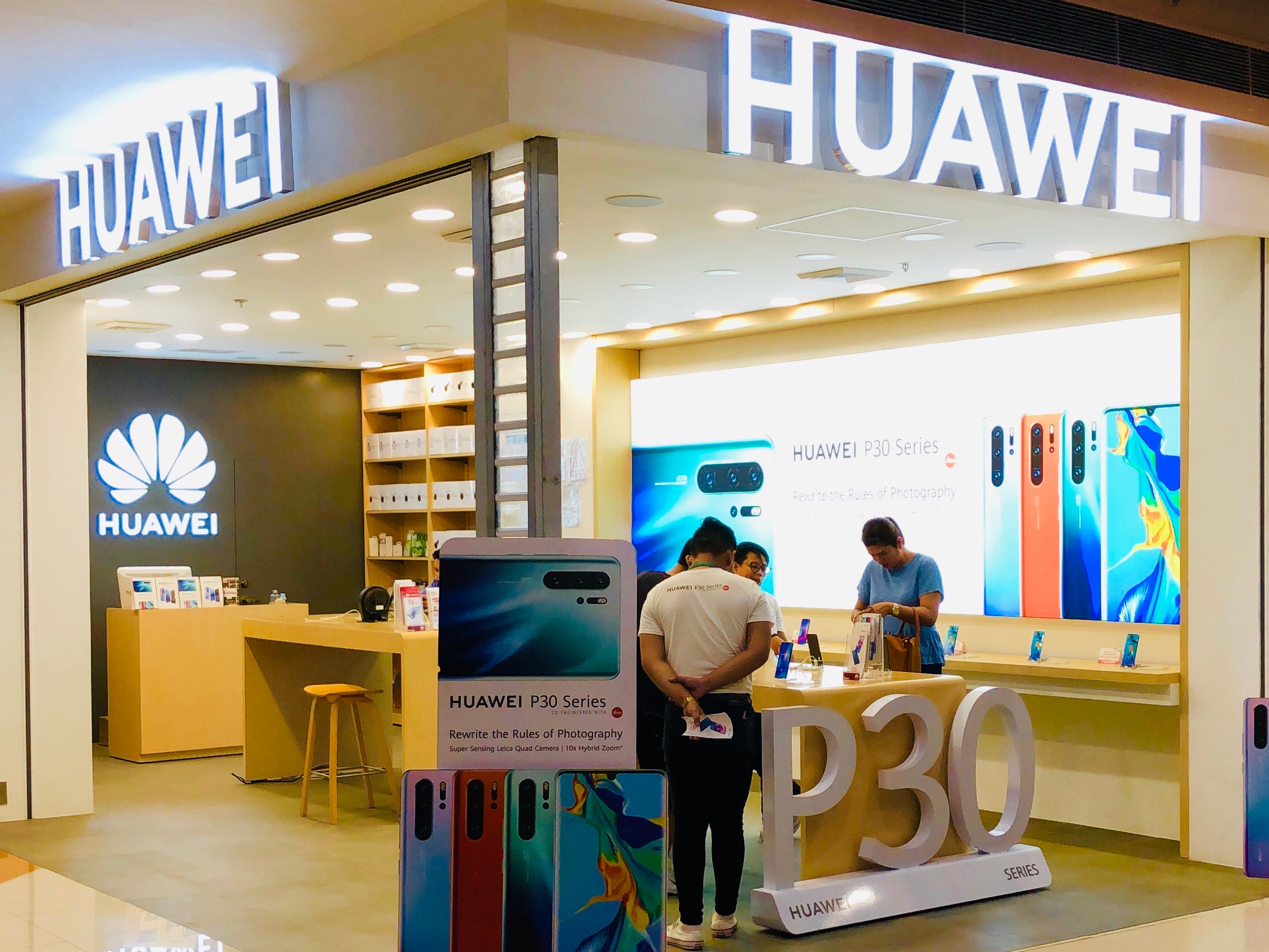 A couple of customers check mobile phones at a Huawei retail store in Novaliches, Quezon City in the Philippines. (Dennis Maliwanag/INQUIRER.net)

SHENZHEN, China — The chairman of Huawei said the Chinese tech giant has yet to see any benefit from President Donald Trump’s promise to allow U.S. companies to sell some components to the company and called on Washington to remove it from a security blacklist.

The “unjust and unfair” decision to add Huawei Technologies Ltd., the biggest maker of network equipment for phone companies, to a list that restricts exports is hurting its U.S. suppliers and global customers, Liang Hua told a news conference.

American officials accuse Huawei of facilitating Chinese spying, a charge the company denies, and see it as a growing competitor to U.S. technology industries. Its founder, Ren Zhengfei, said in June the company has cut sales forecasts by $30 billion over the next two years due to curbs on access to U.S. chips and other components.

Trump promised last month to allow some sales to Huawei but said it will stay on the “entity list” until talks over Washington’s tariff war with Beijing are concluded.

“So far we haven’t seen any tangible change,” Liang said.

Despite the U.S. export restrictions, Huawei revenue grew in the first half of this year, Liang said. He declined to give details ahead of the release of financial results later this month.

Trump’s export curbs are a blow to U.S. suppliers of chips and other technology for which Huawei is one of the biggest buyers.

Huawei reported earlier that its sales rose 19.5 percent last year over 2017 to 721.2 billion ($105.2 billion). The company’s founder, Ren Zhengfei, had said he expected sales to rise 30 percent this year, but those plans were derailed by Trump’s export curbs.

Liang said Huawei is deciding how to respond to possible loss of access to Google’s Android operating system for its mobile phones under Trump’s curbs. Huawei, the No. 2 global smartphone brand after Samsung, has developed its own operating system, Hongmeng, but has said so far it has no plans to use it on phones.

“The open Android operating system and ecosystem is still our first choice,” Liang said. “Of course, if America doesn’t let us use it, then might we in the future develop our own Hongmeng as our cellphone operating system? We still haven’t decided yet.”

Huawei also is developing its own chips and other technology, which would reduce the amount it spends on U.S. components and help insulate the company against possible supply disruptions. Huawei announced plans in January for a next-generation smartphone based on its own chips.

Washington will allow Huawei to license “commodity chip sets” and widely available software and tools so long as they don’t pose a risk to U.S. national security or foreign policy interests, the top American diplomat for cybersecurity, Robert Strayer, told reporters on Thursday.

Strayer said Washington wants to avoid hurting U.S. suppliers of materials that are available from other vendors.

“Our companies should not be at a disadvantage to others that are already selling to Huawei,” he said.

TOPICS: China, Huawei, Huawei Technologies Ltd., Spying, trade dispute, US
Read Next
Goat goes viral on Facebook for being ‘too handsome’
EDITORS' PICK
Drilon wants repeal of penal provisions in proposed Bayanihan extension law
Notice of 2020 regular meeting of stockholders June 18, 2020
LIST: What to expect in areas under GCQ, MGCQ
DOTr bares 2 phases of public transport revival in GCQ areas
SM prepares for ‘safe malling’
Leveling up your ‘lutong bahay’ with the kitchen companion you never knew you needed
MOST READ
DOH explains: Only 109 of record-high 539 COVID-19 patients were ‘fresh cases’
LIST: What to expect in areas under GCQ, MGCQ
DOH to separate numbers of fresh COVID-19 cases from backlog
Duterte approves Metro Manila’s shift to GCQ starting June 1
Don't miss out on the latest news and information.