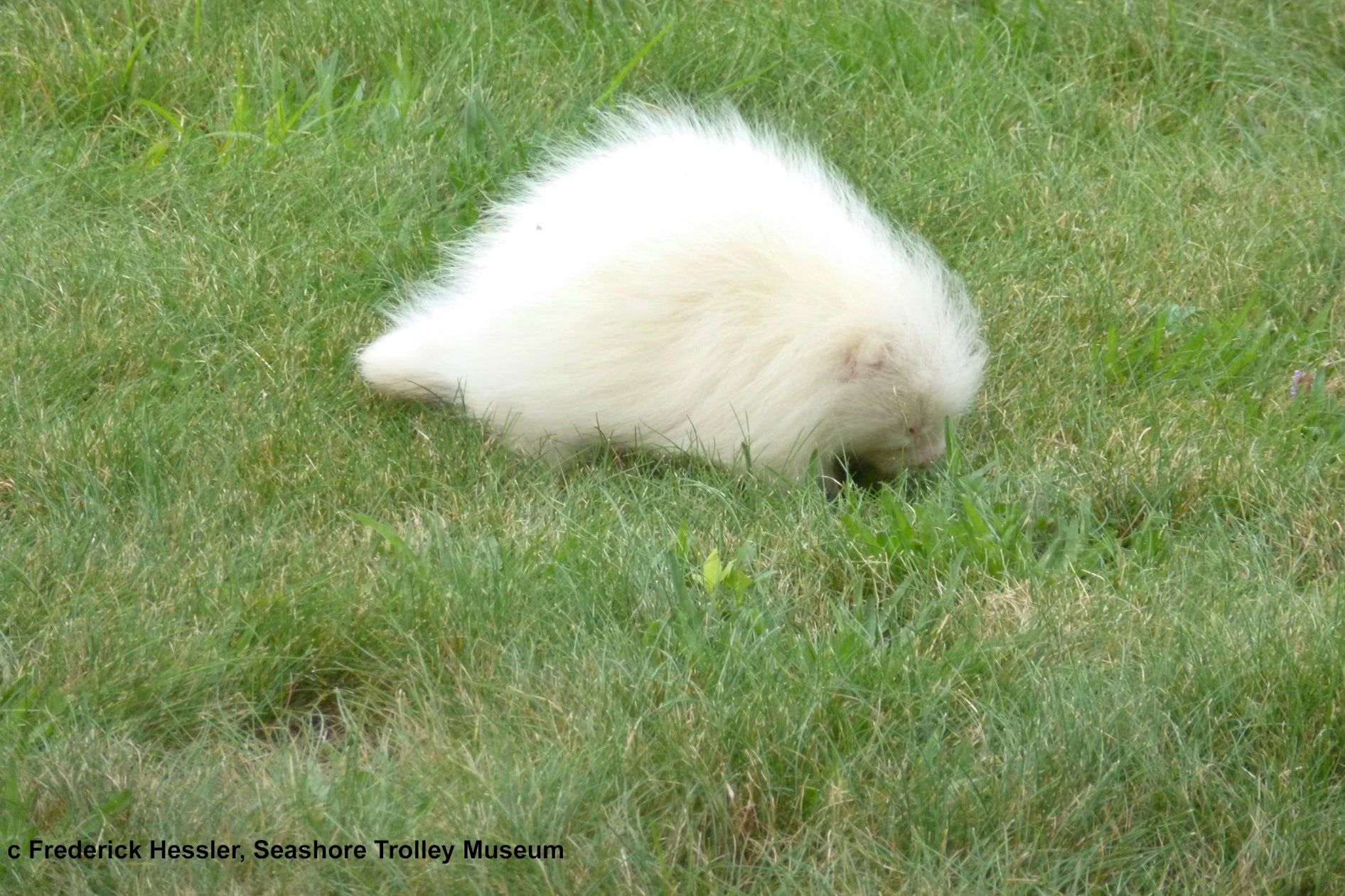 KENNEBUNKPORT, Maine — A curious visitor to a Maine train museum that resembled a white throw pillow or perhaps a lost toupee turned out to be a rare albino porcupine.

The young rodent turned up Tuesday at Seashore Trolley Museum in Kennebunkport, perplexing the staff, who sought help identifying it via social media. The consensus was it’s an albino porcupine.

The Portland Press Herald reports the animal appeared to be a baby because its quills had not yet hardened. A spokeswoman for the museum said midday Wednesday that it hadn’t yet been seen again, but it was assumed to be lurking in the area.

Porcupines are common in Maine, though albino ones certainly aren’t. About one of every 10,000 of the species is an albino porcupine.  /muf